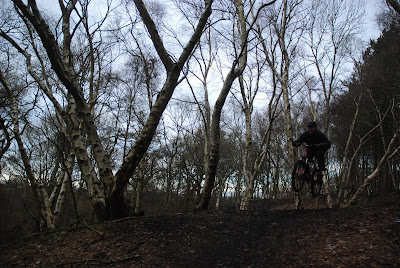 Due to being skint this month I've been unable to get the C90 back on the road and have any adventures on it, but I've sourced some anti rust paint off Faithir to paint the underside of the now clean back end, and I recon I've found a not bad pair of tyres for twenty quid. The GS has a new battery in it and I'll start getting it serviced and ready for the good weather as soon as I have the money, and my car just passed it MOT, so all in all its looking good on the vehicle front.
So I've been spending a fair bit of my spare time out on the push bike practicing my stale skills and pedalling around the place. The biggest achievement over the past few weeks was "nailing" my first "sick drop." I have to admit, it left me feeling pretty fucking stoked.... I was shiteing myself a wee bit before I done it.
Anyway, pictures speak louder than words so here's a bunch. 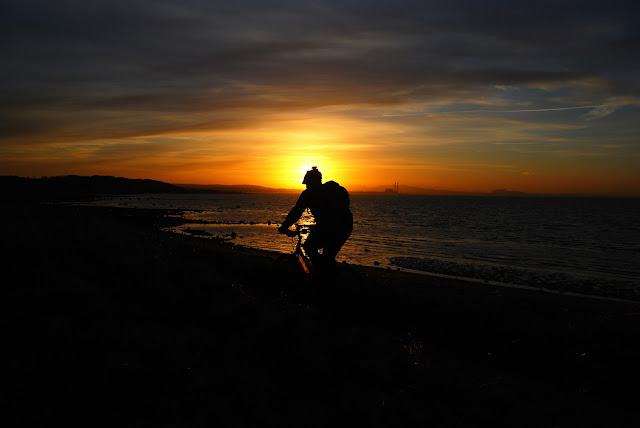 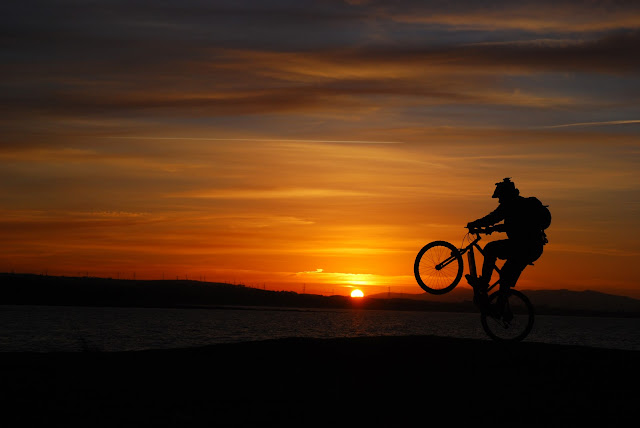 A big thank you to Dave and Jason for their photography skills.
Posted by Mike at 2:04 AM 2 comments: 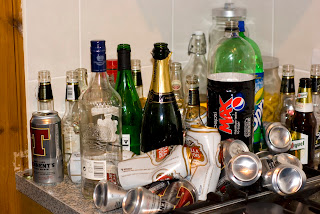 Happy New Year everyone. HB and I saw the new year in with Ben, Kirst, Bob and Nikki. Much beer was consumed. Something happened at around 2.30am and I went from relatively OK, to completely fucking wrecked. Apparently I ended up going to bed at around half six after attempting to go for a cycle. What a fucking clown.
Anyway I had organised a cycle with the East Lothian MTB crew. We had swithered between the first and the second of January, but thank christ most folk had opted for the second as I was pretty much a write off on the first, with a wee pedal up to Saltoun with Dave being the my only activity, and that nearly resulted in me spewing my ring all over the shop. 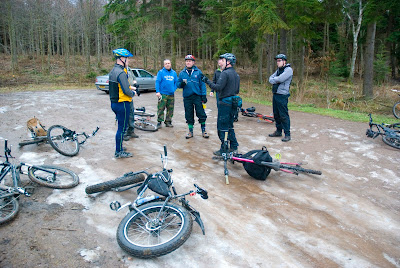 I was feeling much better on the second, everyone met up at my bit with full hip flasks ready to go. We had a top day out pedalling around some of the woods, my mate Bruce even gave me a shot of his Pugsley, with its big fat tyres it flies over all the swampy bits and slippy roots and rock easily. I recon I'll need to get myself one pretty soon. We had regular jelly bean and booze stops, there was two lots of sloe gin, some JD and I had brought some of my home made ginger and lemon wine/liquer stuff. This may have been the reason Faithir binned himself going down kichie woods, writing off his back wheel high siding down the trail. I was right behind him when it happened, if only I had a helmet cam, what a fucking laugh.

After we got back to mine we headed to the Winton for a gallon of beer. Fuck knows how everyone else managed to cycle home, I was well pished. Luckily HB had made my tea which saved me being rough as a badgers arse the next day.