All this good weather we've been having recently has put me in the barbecue mood. The only problem is that my barbecue is fucked. It was an old Weber kettle style grill that I found in a field. It was pretty rusty in spots and one of the legs finally succumbed to the tin worm and collapsed completely. So I decided to make a new hot smoker/grill out of some of the parts of the my old one, and a 45 gallon drum. 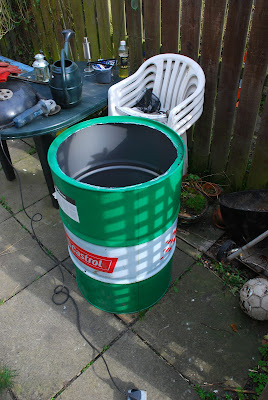 Dave gave me a loan of his angle grinder, which I used to cut the top off the drum and cut a hole to add fuel and wood for the smoke. 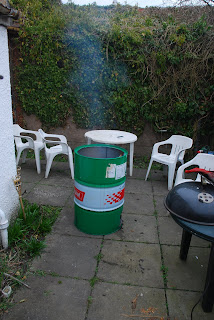 Then I had a fire in the drum to burn it clean, and get all the paint off the outside of the drum. I done this twice for good measure. 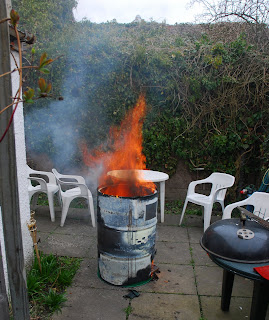 My uncle Greaser gave me a loan of his welder and Dave welded on the hinge, door and hook so I can close the fuelling door. He tidied up some of the rough edges with his grinder too. 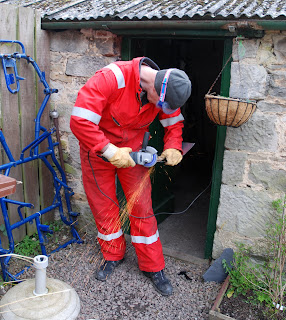 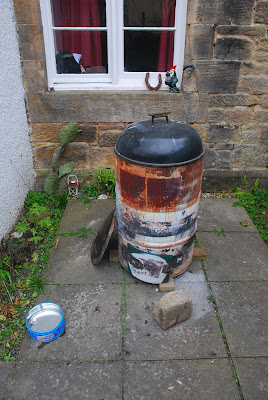 I had some pork to test it with so i fired it up. The lid from my old BBQ fitted the drum perfectly, as did the grill. Sweet!
I smoked the marinated pork for about 4 hours. It was pretty tasty but could have done with a bit longer on the grill. 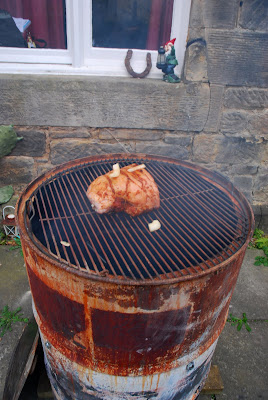 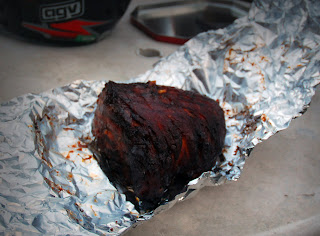 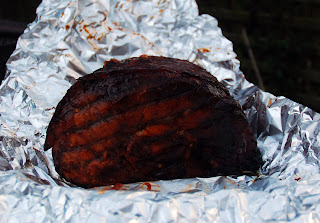 I've given the drum a lick of paint so it looks a wee bit less jakey and drilled some holes so I can shut the door completely without suffocating the charcoal basket. I'll get some photos up of it completed soon. 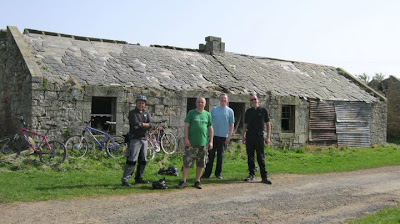 The Get Fit or Die Tryin's going pretty well. I went out for a cycle around some local woods with Bruce, Paul and Gavin the other day and actually managed to keep up with them most of the time without feeling like i was going to have a fucking heart attack. The weather was ace as was the route Bruce took us. We were crossing rivers and climbing through coo fields. Quality fun.
I never took my camera, but Gavin and Bruce got some good pics. 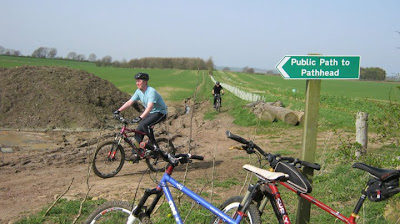 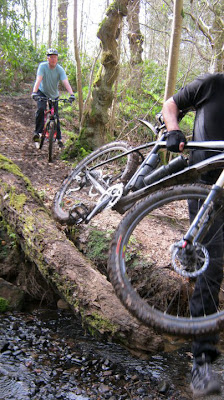 ﻿﻿﻿
﻿While we were out I'd left some pork, beef and salmon cooking away slowly on the smoker. So after we'd had a few pints in the pub it was round to mine for some scran. HB had made some tattie wedges and salad for us to have along side the meat and fish. I forgot to take any pictures of the food but I was pretty happy how it had turned out. The fish was dry as a nun's chuff though. Waaaaaaay overcooked, but the pork and beef turned out not bad. The pork had been on for around 6 hours and the beef 5. I'll try using the heatsheild and waterbath in the smoker next time to try and keep it super tender and juicy.
Here's a wee video Bruce made when we were out. He can wheelie for miles!