Sometimes something comes up that you can’t say no to. It’s too good a deal to pass up. A no brainer. The K75 was one of these things. 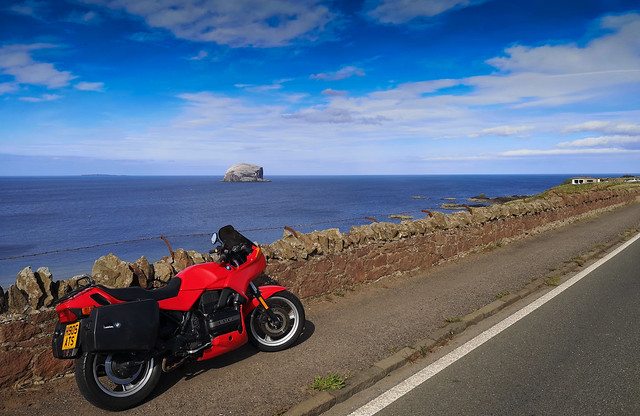 A few years ago Smillie from the Massif got himself a red K75s, BMW’s bombproof triple from the late 80’s/early 90’s. Smillie ran it for a while with the only niggle being that it occasionally snapped clutch cables.  Smillie changed bikes, selling the K to John from his work. John was getting back on two wheels after a break from biking and the beemer was ideal for him. Being an engineer, when the clutch cable snapped on him, John set about finding the problem. After replacing the clutch and the pushrod he finally found the problem to be the wee plastic piston that had seized. Problem solved, John ran around on the bike for a while before getting something else. The K75 sat in his garden unused and John wanted rid of it. This is where I come in. Long story short is that John was selling the bike at a low price to get rid of it. It had no MOT and hadn’t run for a while, but as I said; it was one of these things I couldn’t pass up. 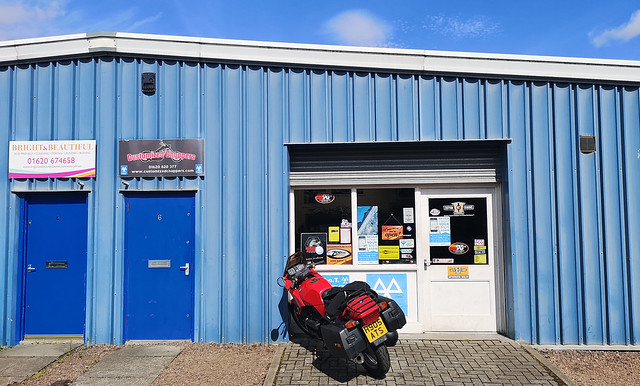 I got the bike through it's MOT, gave it a service and gave it a name! Naming vehicles has always been a bit of a bizarre thing to me. My mate Mikey Sunter is the only person I know who has really ever done it properly, so I named the K75 after him. It's called Mikey Sunter, although I'll probably just refer to it as the K75 on here just to keep things understandable. I'm trying to get #MikeySunter trending on Instagram so feel free to join in. 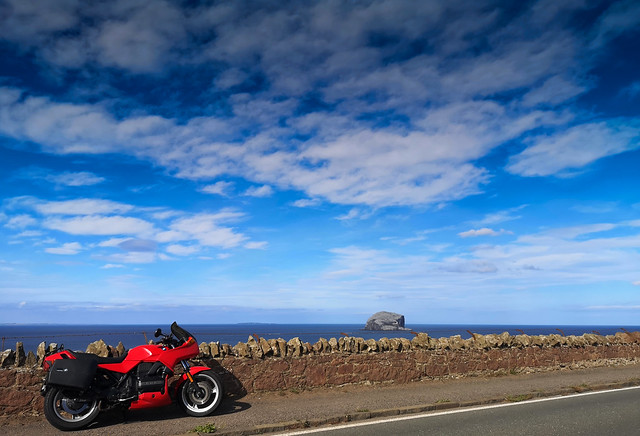 Mikey Sunter and the Bass Rock.

I've fixed a few niggles like the broken pannier hinge. Doing the service showed the state of the front of the engine, so I'll give that a clean and a lick of paint. It'll need tyres soon too, so if you've got any recommendations get in touch. I'll need something that lasts a reasonably well while working in the wet and cold. Half worn tyres aside the auld beemer goes well. K75s are super smooth and have that slow revving, heavy flywheel feel. It's comfy despite being surprisingly stretched out. I'm yet to do a proper long journey on it but 150 or so miles down the borders proved it to be right enough. It handles ok, if I'm pushing on bumpy roads then it gets a bit all over the shop. Still, it's very manageable. Brakes are good (ABS no less) but there's a slight warp on the rear disk which I'll need to get sorted at some point. 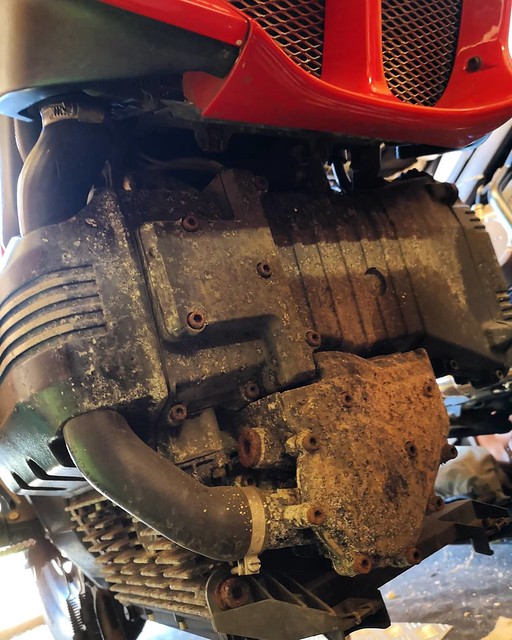 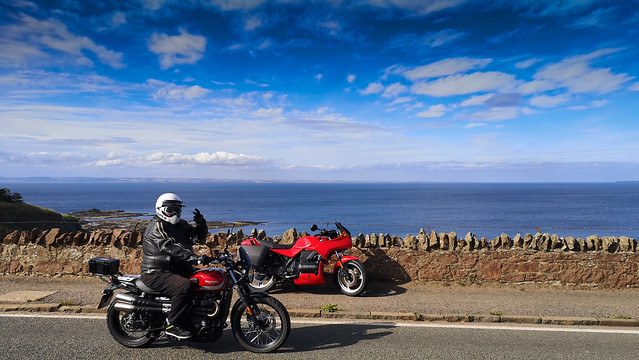 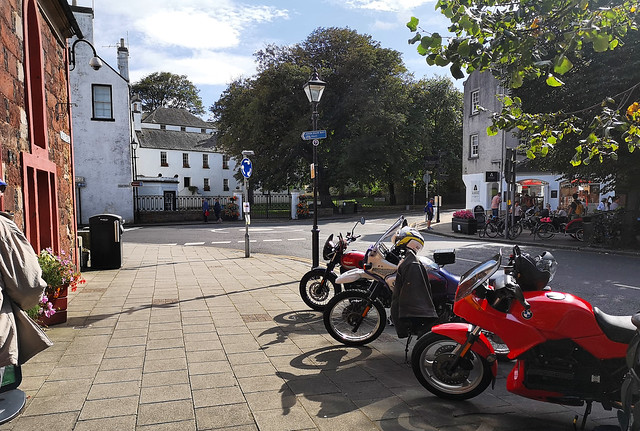 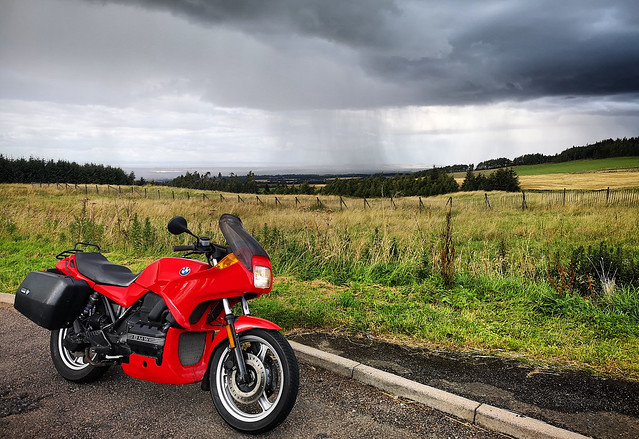 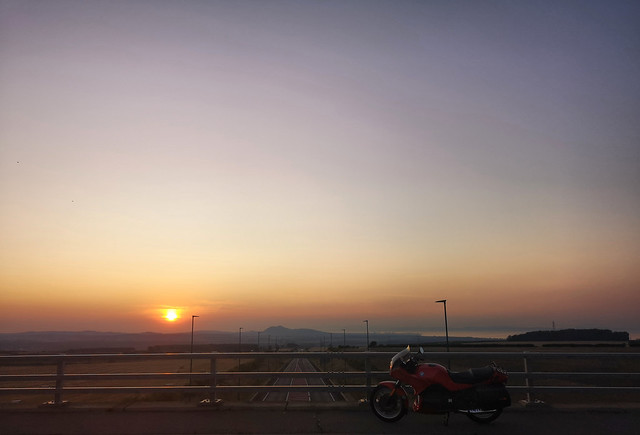 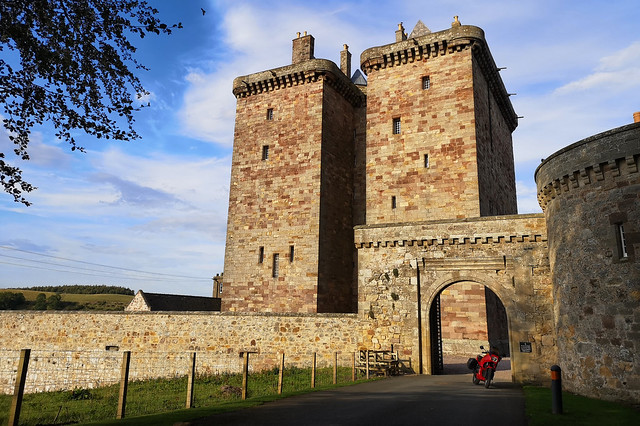 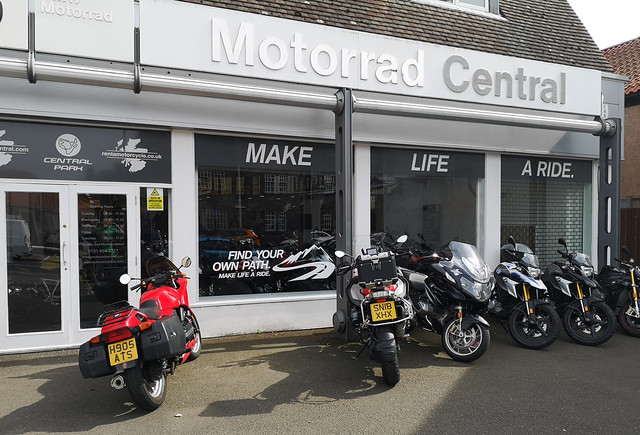 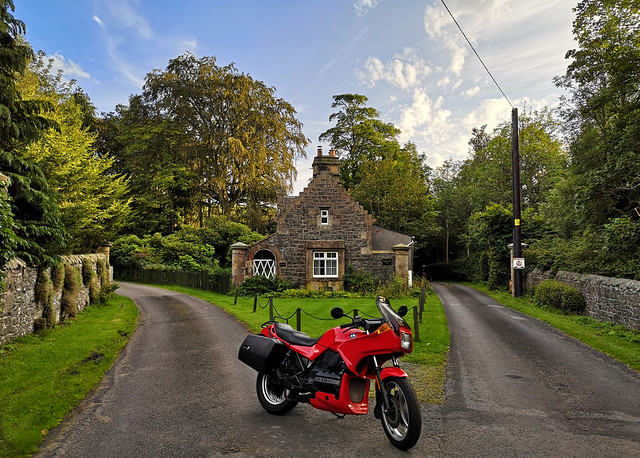 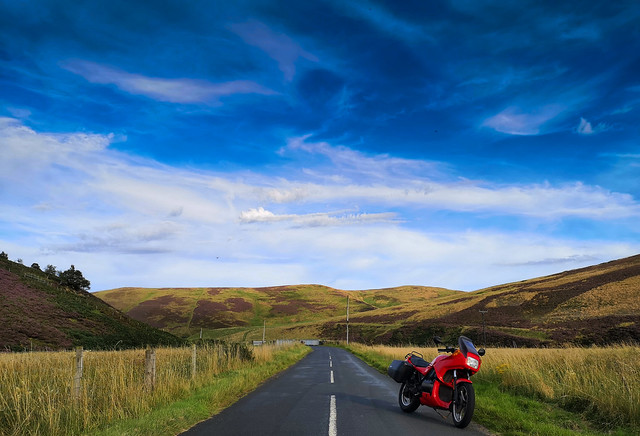 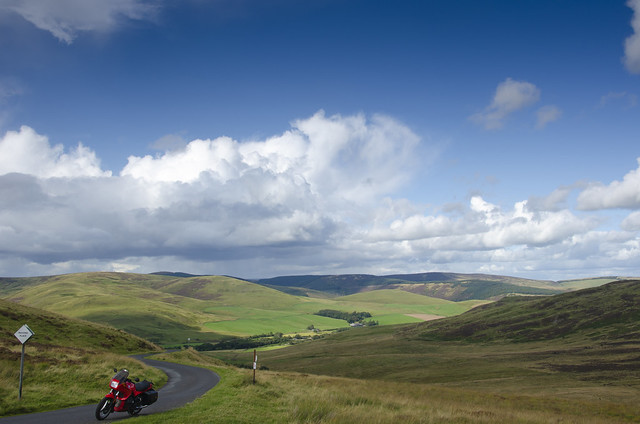 Great roads down the borders.

Originally I had planned on fixing the bike up a bit and turning it over, but I really quite like it, so Mikey Sunter will be staying for a while at least. It's got heated grips, panniers and everything. It's ready to tour! I just need to come up with a plan.......
Another winter run maybe? 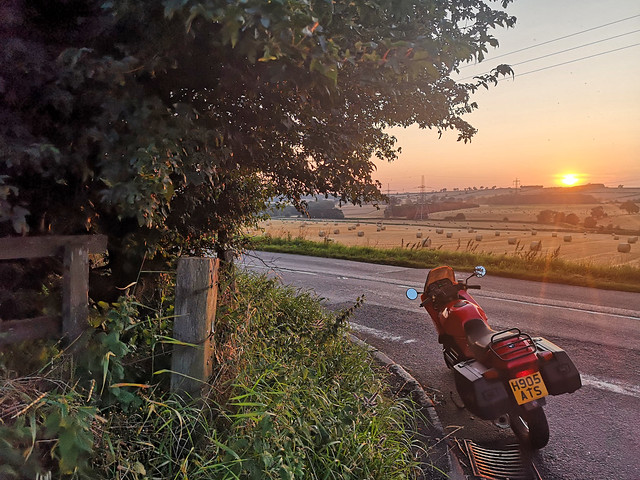