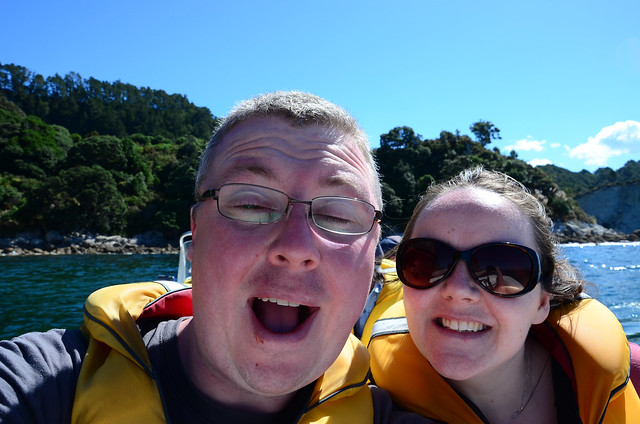 Thirty six hours on a plane. That's a long time. OK, it's not all on a plane. there was some farting around in airports, it's still a long time. An hour and a half from Edinburgh to London, eight hours from London to Dubai, another thirteen hours to Sydney and three more to Auckland.
Was it worth it? You're fucking right it was.

We had three weeks to spend in New Zealand. We split out time between the North Island where we stayed with HB's family,  Lorraine, John and Catlyn, and the South Island where we'd hired a bike to do some touring. 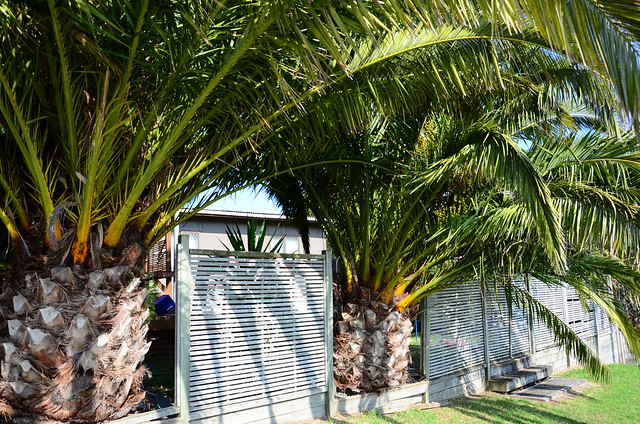 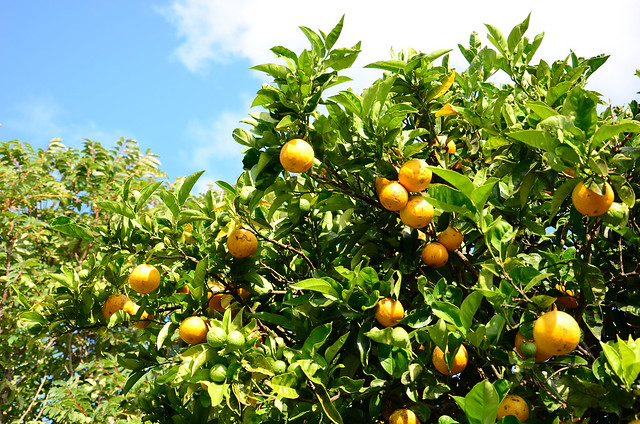 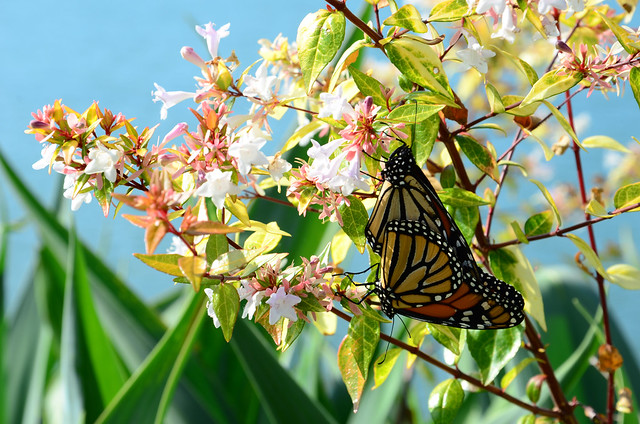 New Zealand is amazing. We arrived in the middle of February with is pretty much the end of their summer. We spend our first few days doing family things and exploring the area around Tauranga and the Bay of Plenty in Lorraine and John's car that they had kindly lent us.
I had this idea in my head that the North Island was really busy, but it's not at all. It was great driving around and would be great motorcycling roads. We visited Hobbiton from Lord Of The Rings and the Hobbit. We drove up The Coromandel Peninsula to Hahei visiting Hot Water Beach, a place where you can dig a hole in the sand and it fills up with hot water. And when I say hot I mean it. I had to run into the sea to cool my feet down cos I burnt them in the water! We took a boat ride around Cathedral Cove where we saw Dolphins. We went to a nature reserve and saw a Kiwi breeding programme then went up the gondolas and raced back down the luge. The food was awesome, the beer and wine was awesome. Everything was awesome. 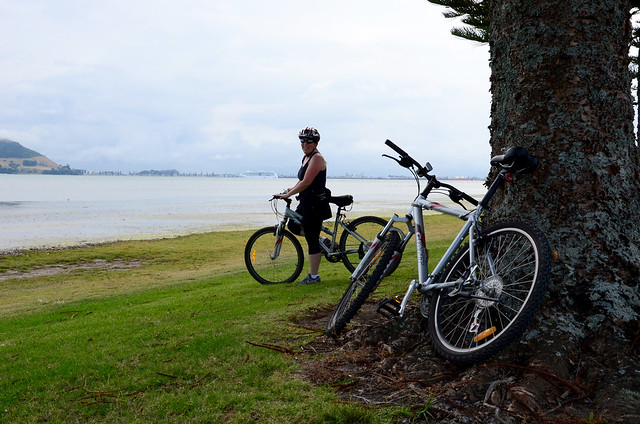 Out for a pedal with Lorraine. 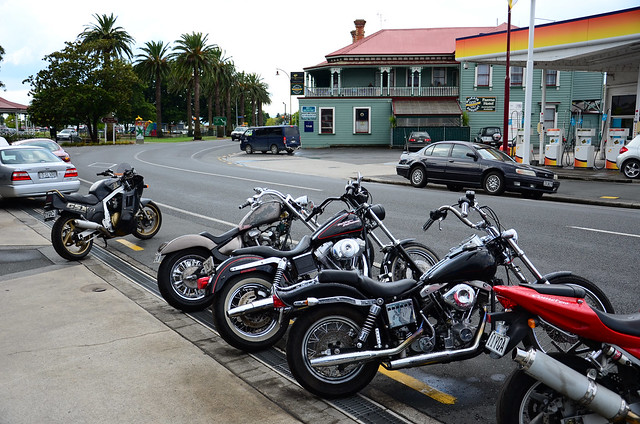 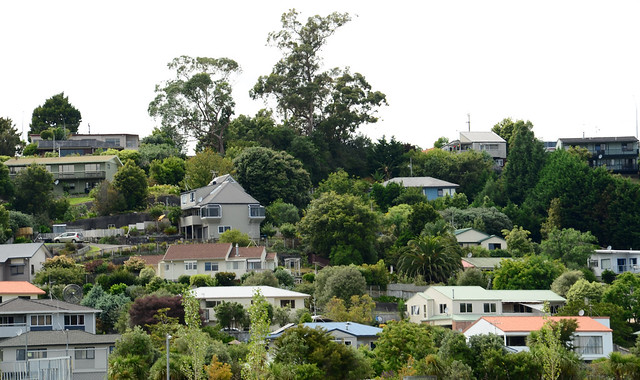 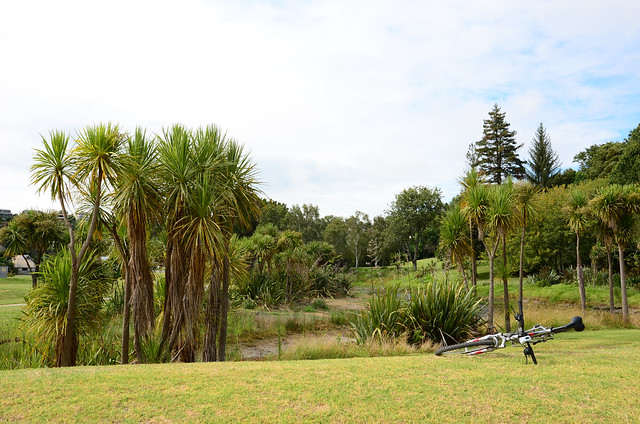 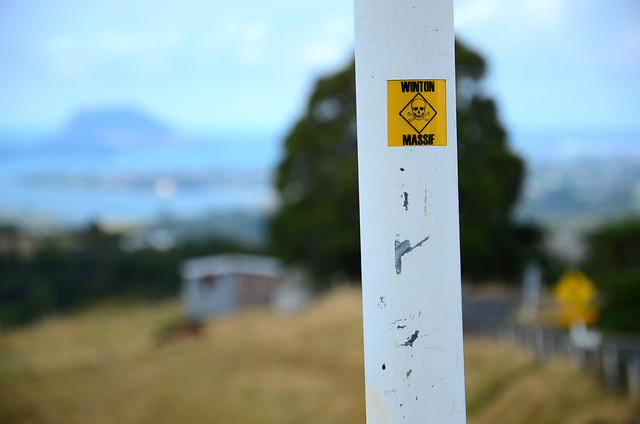 There's quite a few of these wee stickers dotted about New Zealand now... 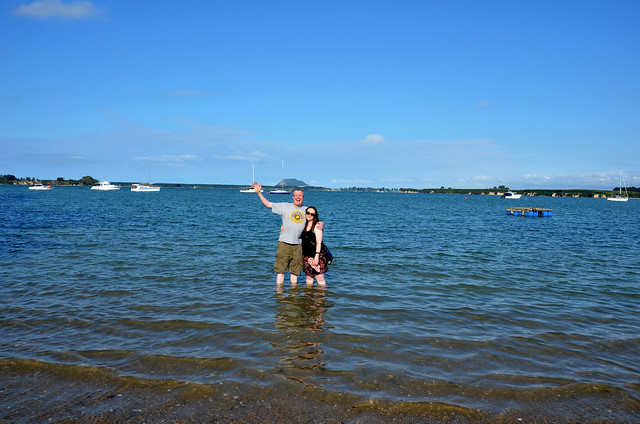 Hobbiton. New Zealand had a bit of a drought going on. You can see the difference between here and the field next to it. Hats off to the gardeners that look after the place. 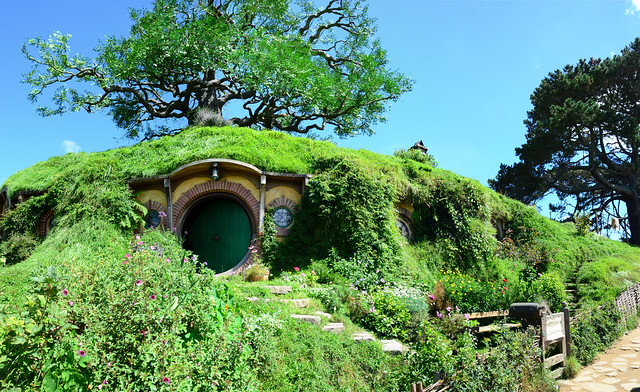 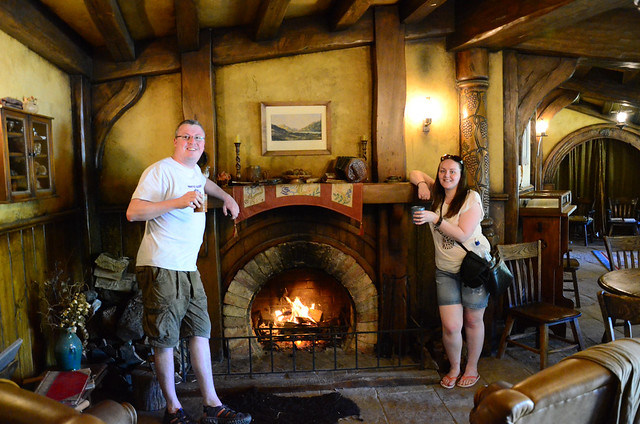 Having a beer in the Green Dragon. It was 30 degrees outside and they had the fire on! 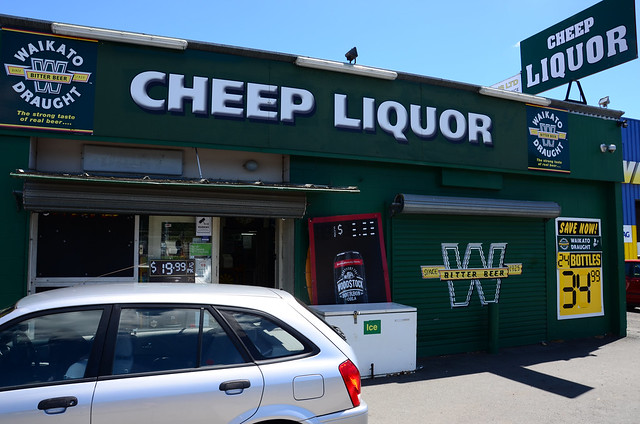 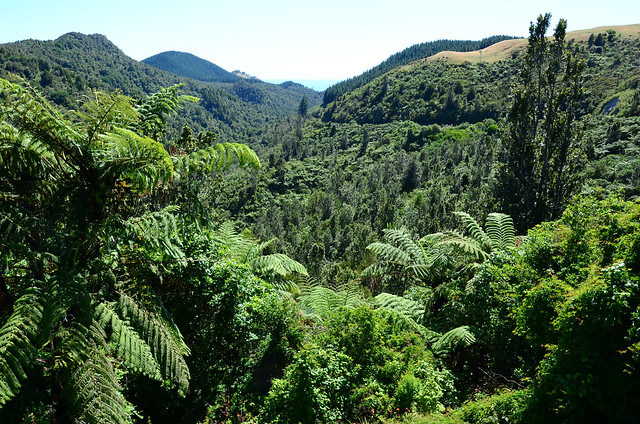 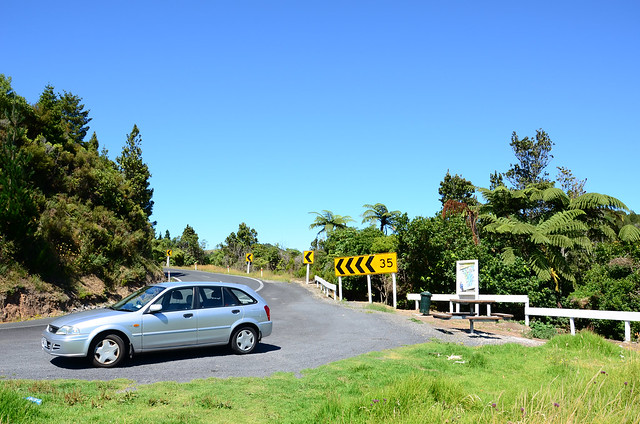 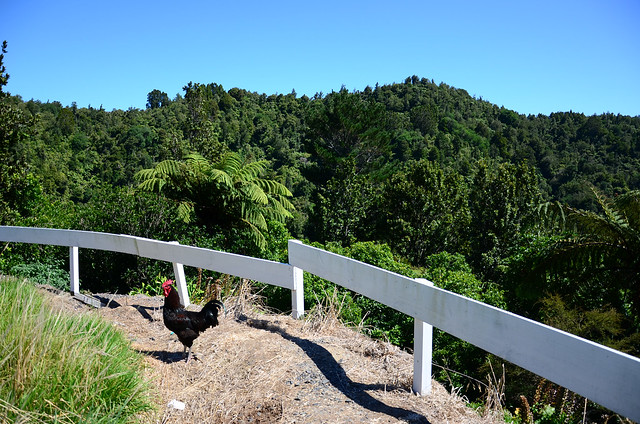 Heading up the Coromandel. Thats a large black cock. 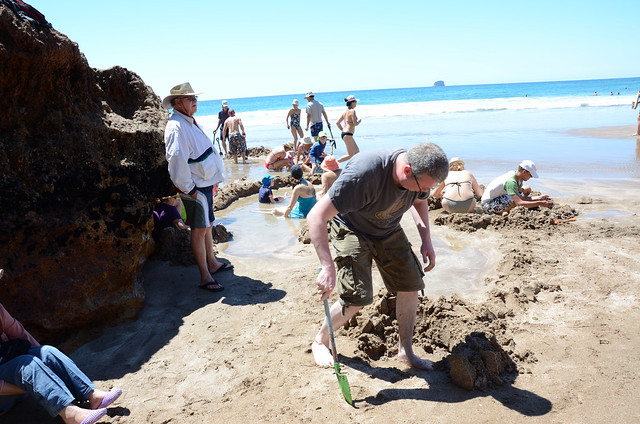 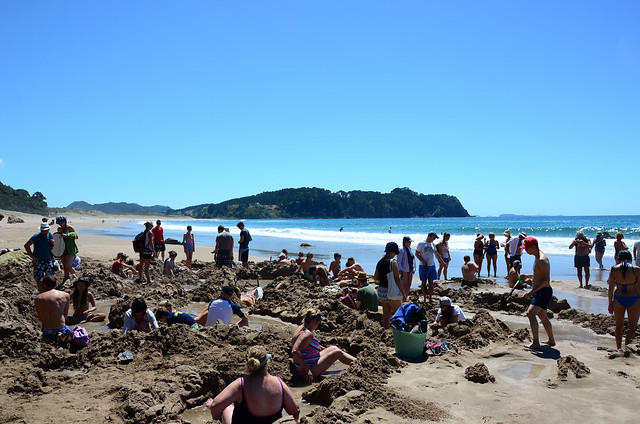 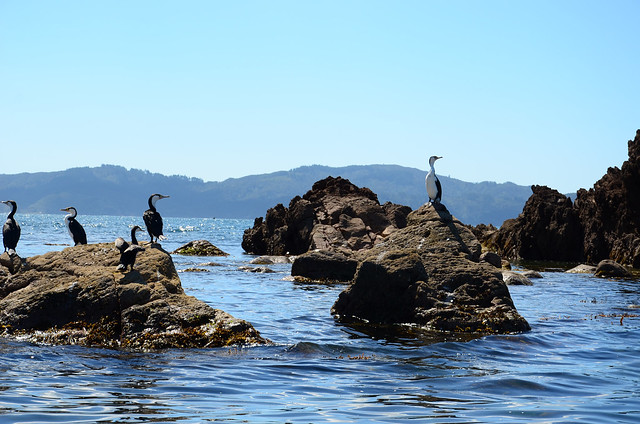 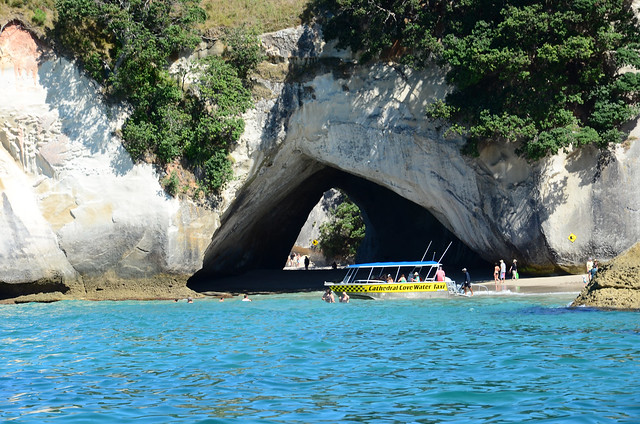 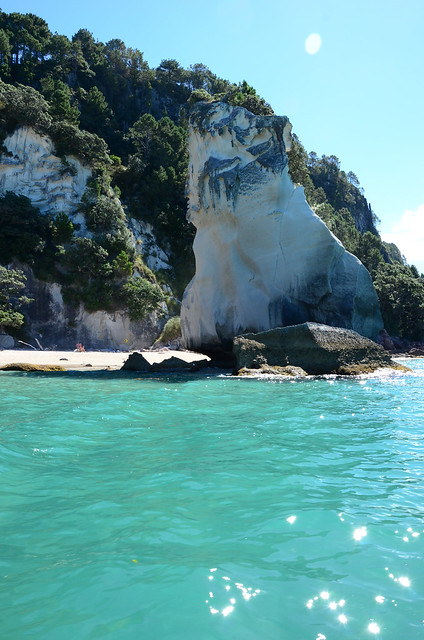 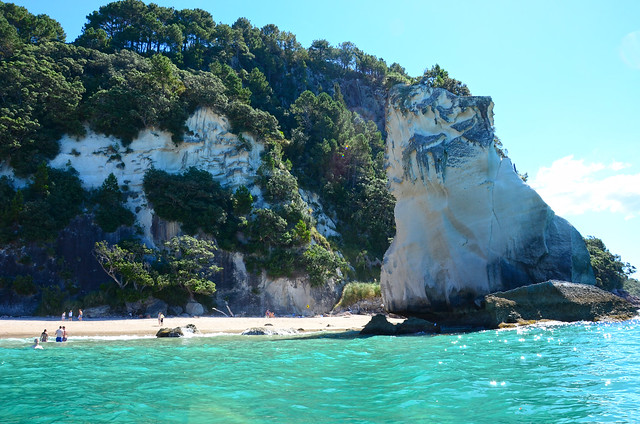 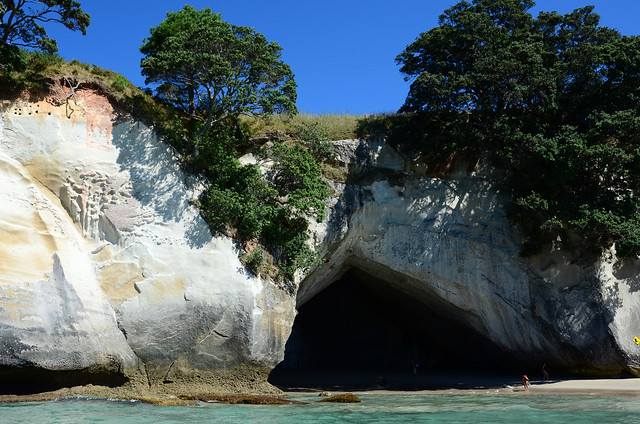 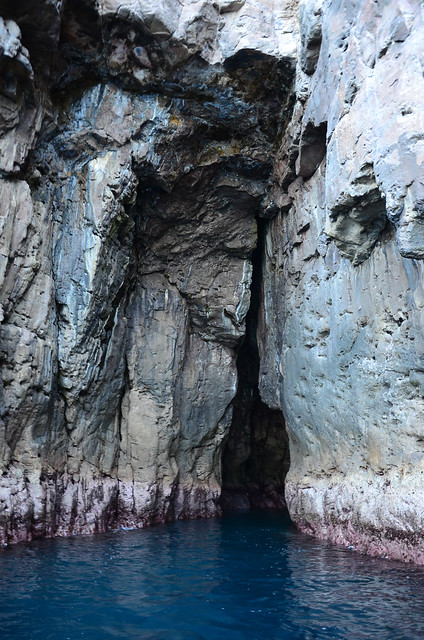 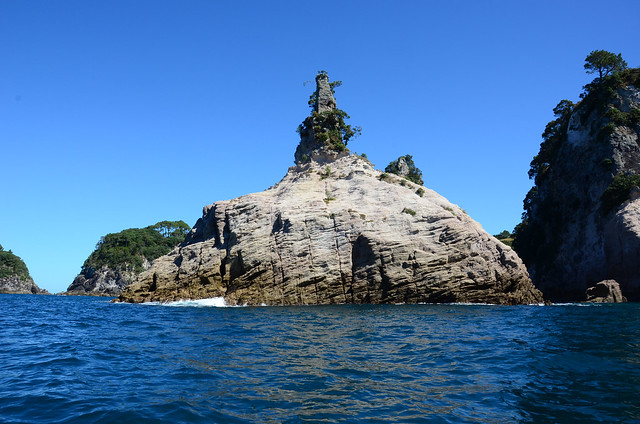 Views from the boat trip around Hahei.


A big thanks to Lorraine and john for putting us up and giving us a loan of their car. Every night Lorraine would cook us nice food and we could chill out in their garden listening to the cicadas.