Once a year my local classic bike club, the Lothian and Borders Classic and Vintage bike Club have the Dam Bike Run, where they all meet up and have a run over the small roads around the reservoirs and lochs of the area followed by a meal at the Barony Hotel. Faither and Greaser are members so I decided to join the ride on my XR. 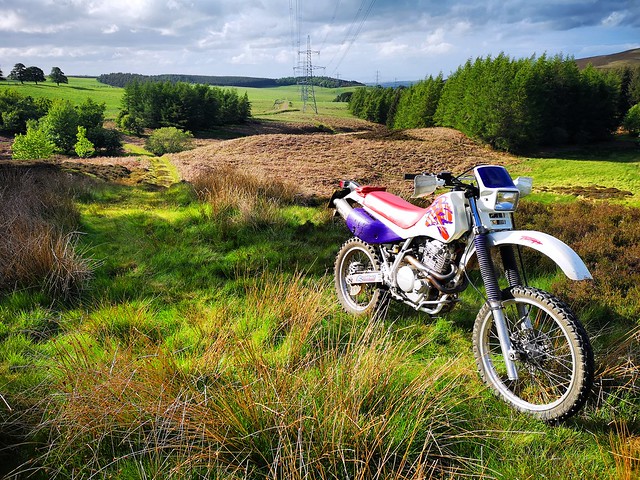 Only issue was a couple of weeks ago I had went out for a half hour spin around the hills. Half an hour became about three hours after I got a puncture. Having no tools to fix said puncture and no phone signal resulted in a three mile push. Finally I got a message out. Egor collected my van and came to my rescue only for us to discover the XR didn't fit in the van! We strapped the bike in as best we could, tied the doors shut and drove home. Very slowly. 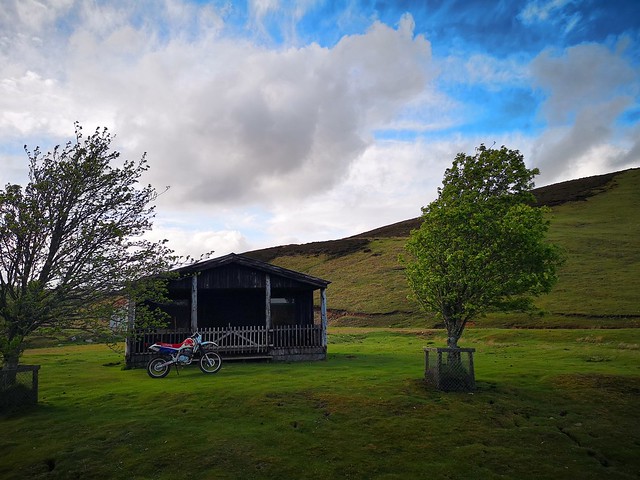 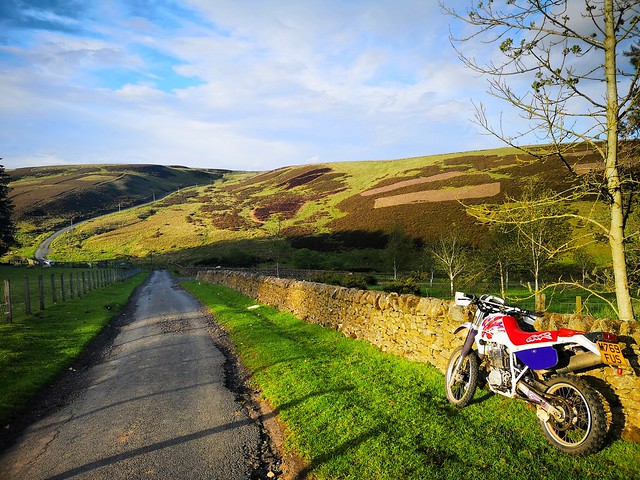 There's worse places to get a flat I guess. 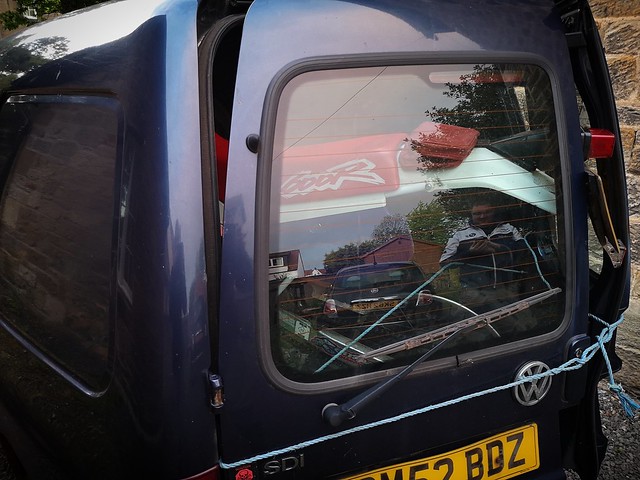 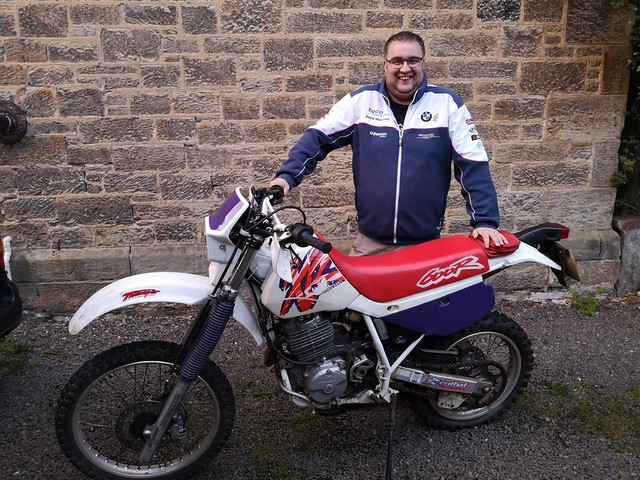 Not all heros wear capes. Thanks Egor.

With the rear tyre truly gubbed I had to choose a replacement. The last tyre had only lasted 700 miles or so. It was a proper nobblie with loads of grip. I was willing to sacrifice some grip for a longer tyre life so I went with a Mitas E09. It was a total bastard to fit but after sweating profusely, getting blood everywhere, nipping the tube and putting it into the shop where it was done properly, the new tyre was fitted. 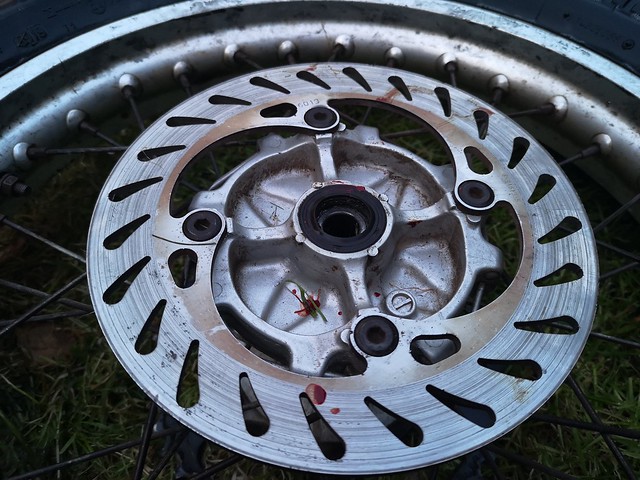 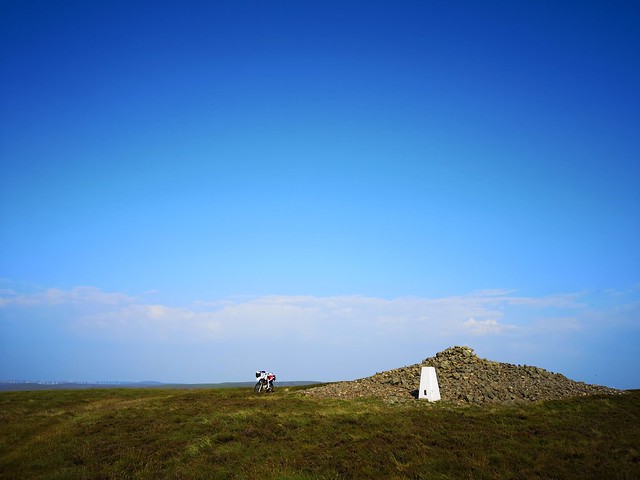 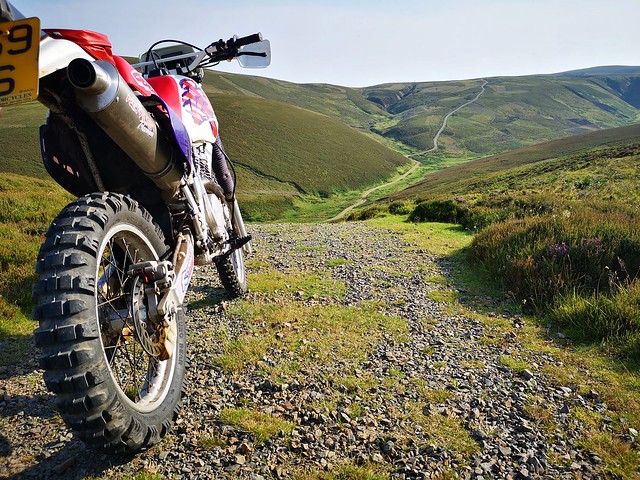 A couple of spins proved the Mitas to be pretty good. It never had the grip a proper nobbly has but there was enough for what I was doing, plus it was easier to slide the back out which is always fun. The Massif came with me on one of the runs, the heavier, more road based bikes proving a bit of a handfull compared to the XR's dirt pedigree, especially on muddy or loose sections. 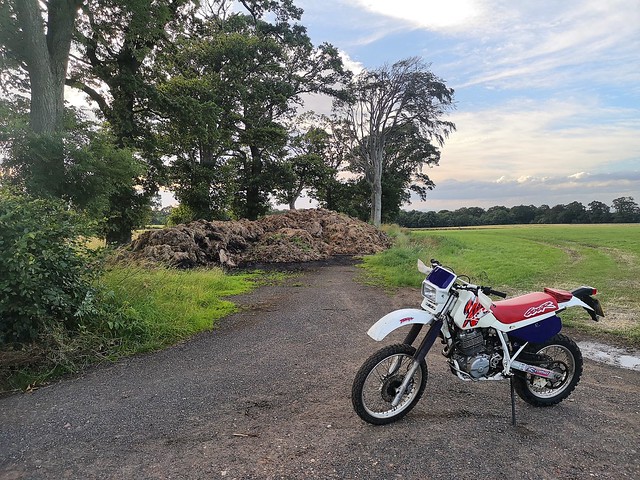 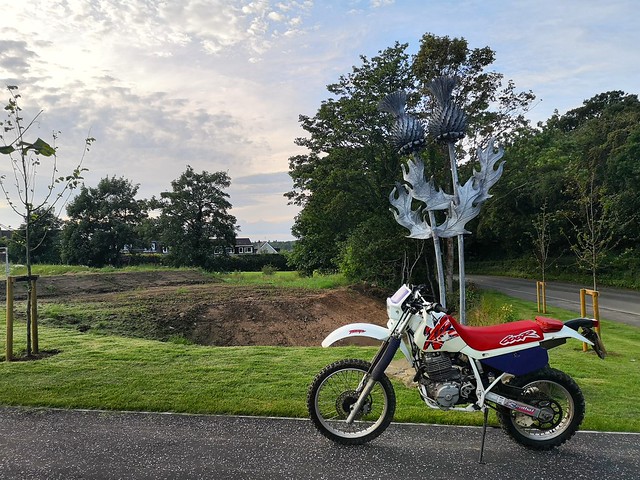 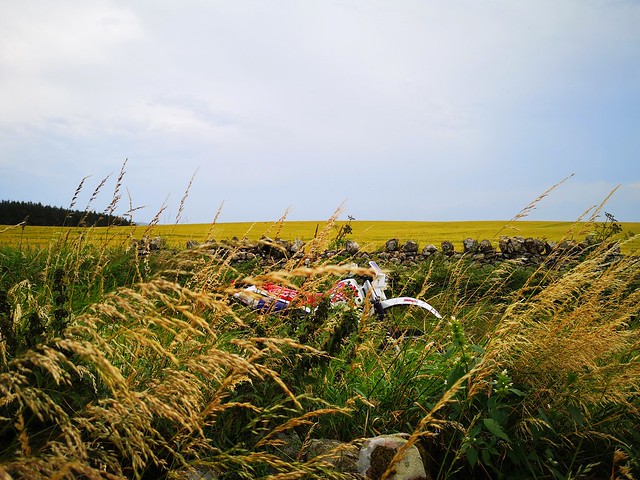 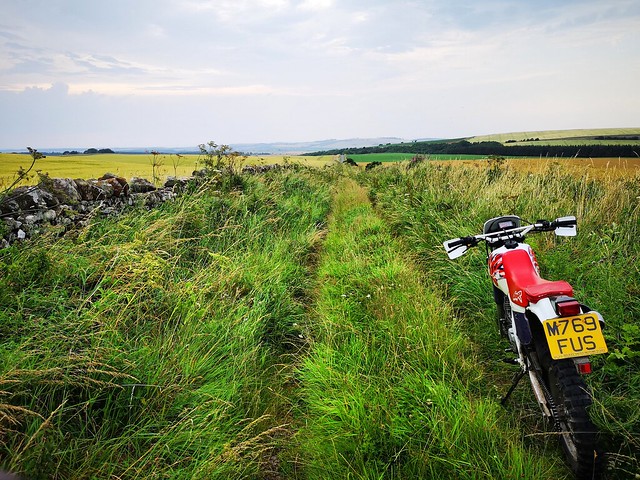 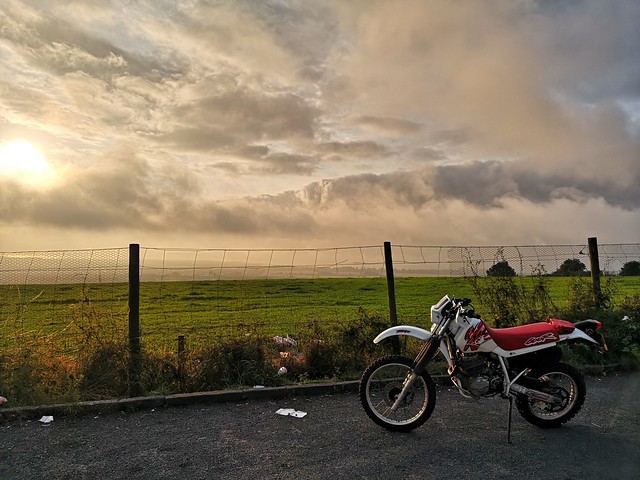 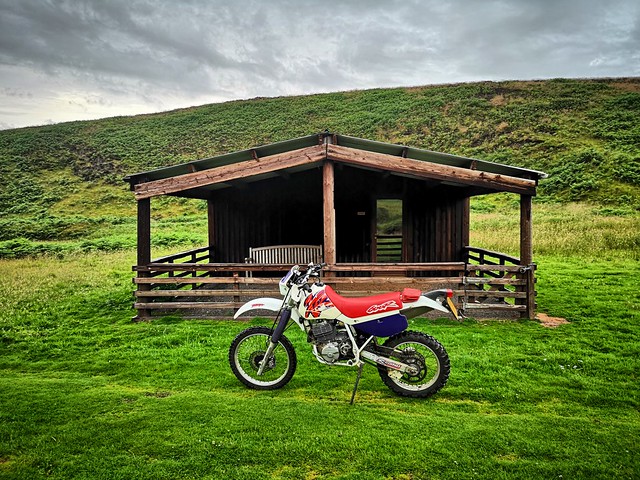 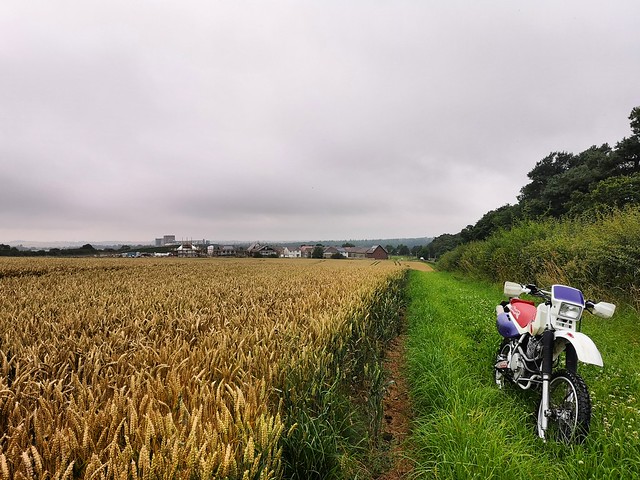 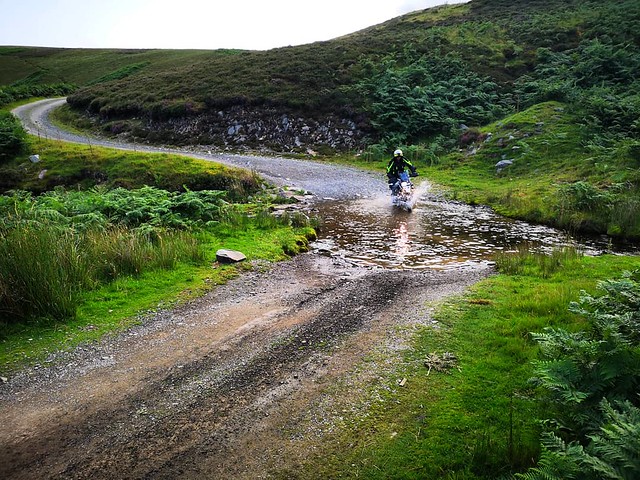 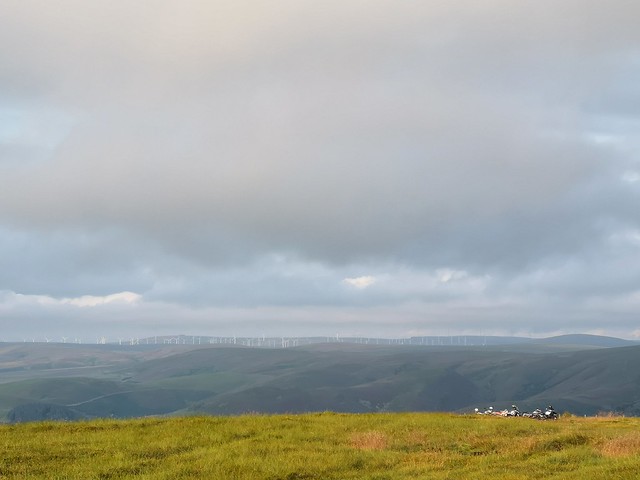 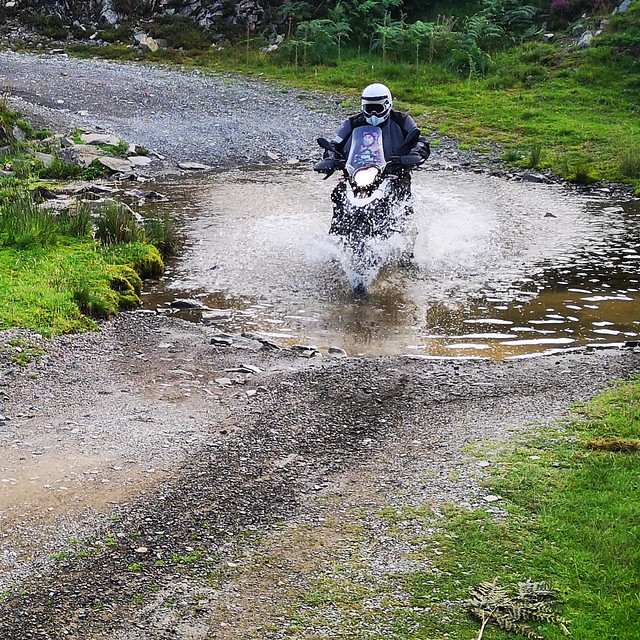 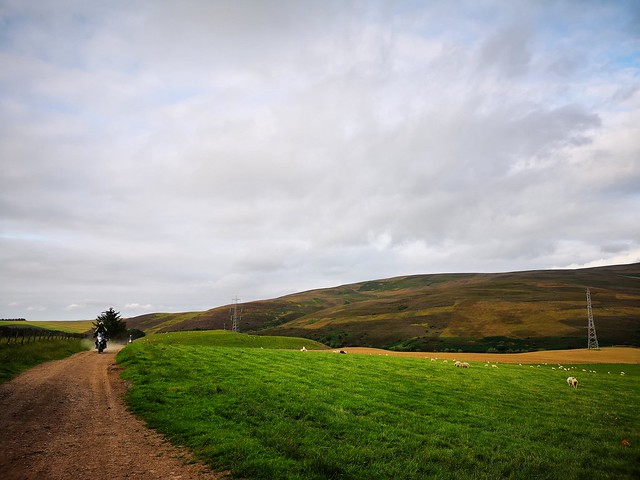 With the XR cleaned up I headed to meet the folk for the Dam Bike Run. I felt like I was cheating a bit riding my "classic" 1995 XR alongside a 1929 Sunbeam, but everyone makes you feel welcome no matter what you're on. There were a few folk taking part on modern bikes too. The route that the club had organised was really nice. Despite riding around the area for most of my biking life I found myself on a couple of new roads. We stopped at Bowhill for a lunch break and to have a look around the bikes a bit more, before heading over the Megget And Talla road and back up to the Barony for a meal.﻿ 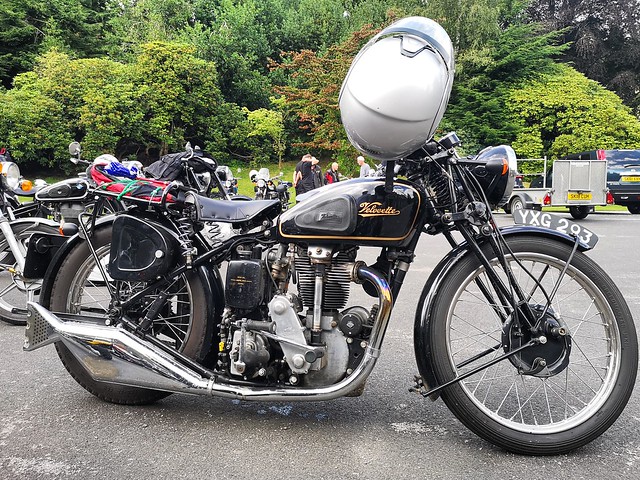 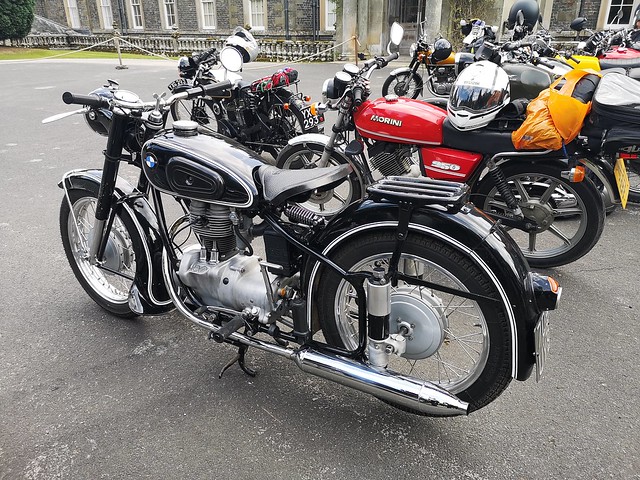 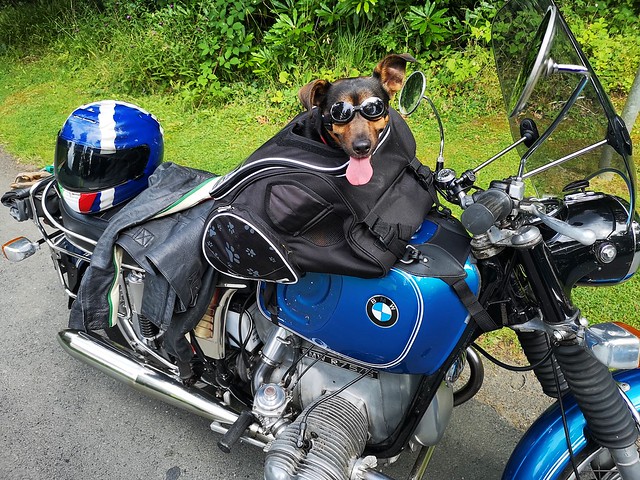 Velo the dog on his Beemer. 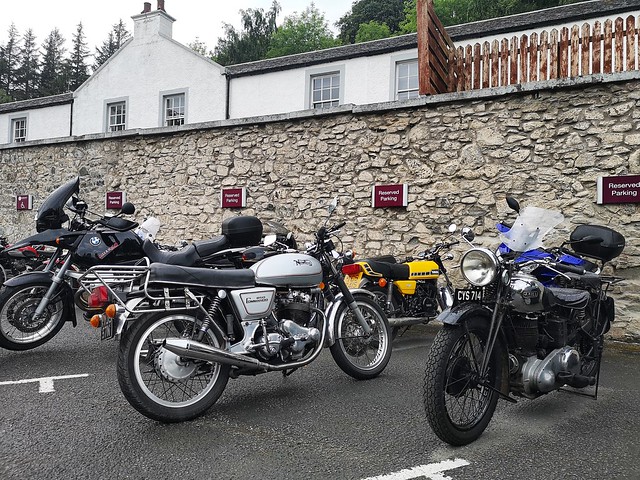 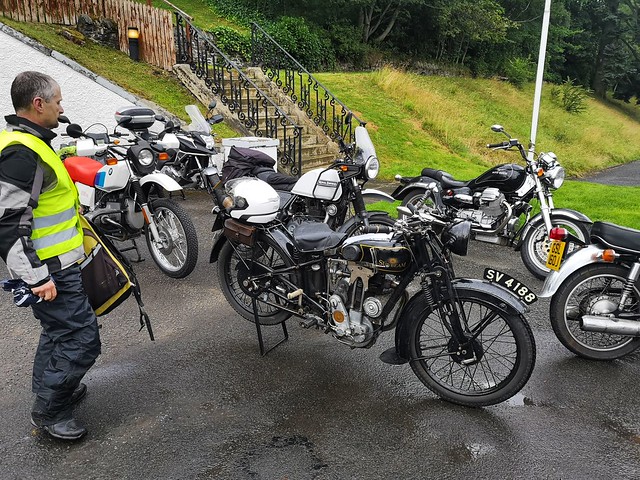 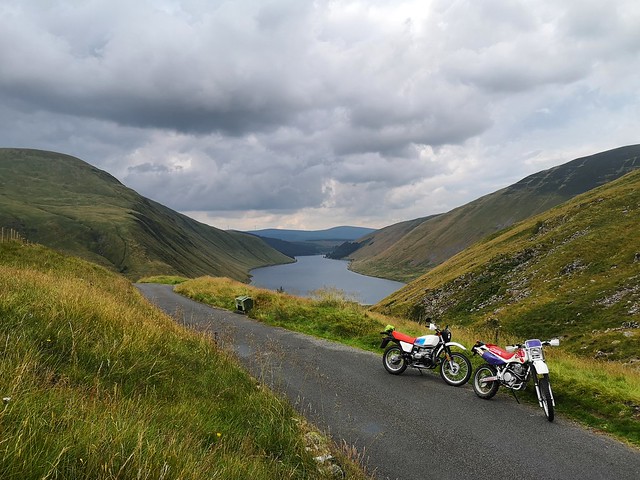 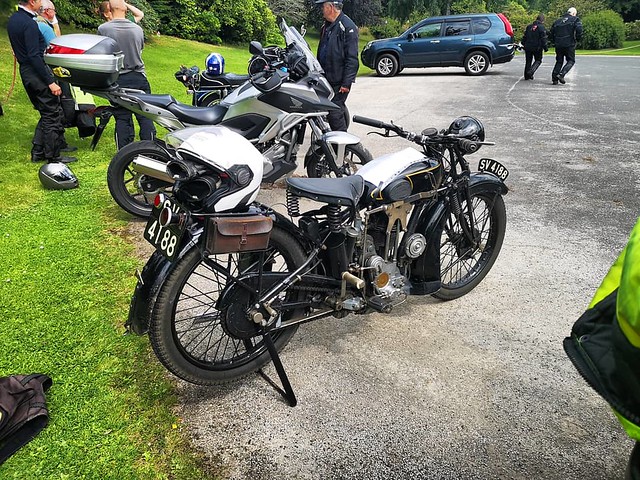 ﻿
I had really enjoyed riding with the club. It was great to see all the old bikes running well and hilarious following the haze from the two strokes along the country lanes. There's no danger you'd get lost following a GT500! I had a great day out and I'd recommend coming along on the run next year. The Dam Bike Run is open to non club members. Follow their page on Facebook for info on how to join the club and to keep an eye on when the events are on .
Mike﻿
﻿ 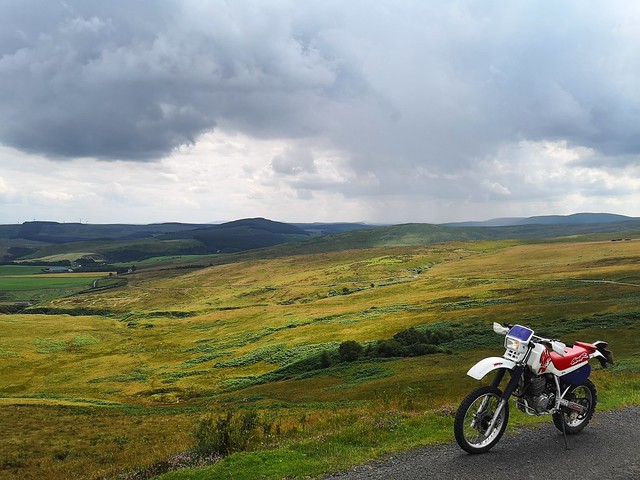