Off Road with Motorrad Central

Happy New Year everyone. Sorry there's not been an update here for a while, I've managed to smash my way through a couple of laptops recently but all is well again computer-wise.
I've not been doing much biking recently, once the road salt goes down I hide my GS away till the salts gone, but more on all that later. 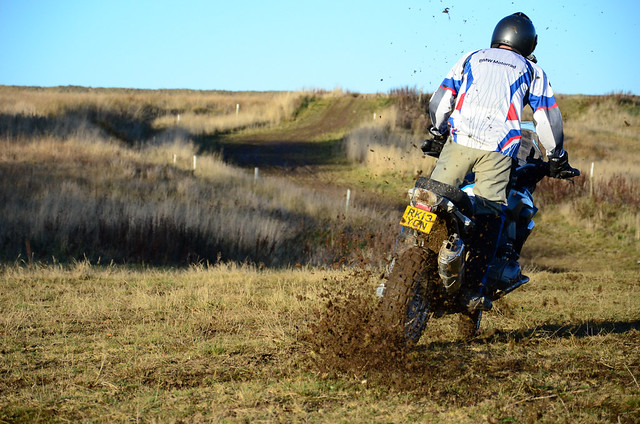 Now it's no secret that I'm a fan of the big GS, but I've always said they're way to heavy to be any real use offroad. I've had my GS's up a few gravel roads and stuff which was fun but when ever there's mud or soft conditions the weight was always a problem. Well, the weight and the cost of chucking a really expensive bike down the hillside. 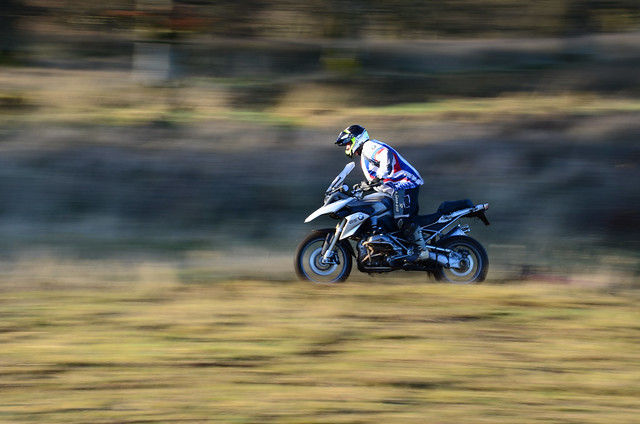 Around the start of December I was invited to try BMW Motorrad Central's new secret offroad facility, just up the road between Peebles and the Leadburn Inn. The guys at Motorrad Central have acquired themselves a track to allow people to experience a big beemer offroad. The bikes they use are new BMW R1200GS LCs and are fitted with nobblyish tyres, Conti TCK 80's I think.
I headed over with young Brian and met up with Joe, Broon and Martin from Motorrad at Central Park, (there was another guy there but I cannae remember his name, sorry mate!!) Martin was the Course Leader. He stressed to us that he was in no way an instructor. This is a wee shot to give an Offroad Experience with a GS. If you want to be taught how to handle a big GS offroad there is an offroad school in Wales where Dakar legend Simon Pavey will show you how to do it. http://www.offroadskills.com/

Anyways, we started off with a few maneuvers on the flat to allow us to get used to the bikes. It had been raining for a few days before and the place was pretty muddy. I was surprised how much grip the TCK80s gave. A GS is a heavy beast but once you get rolling it does feel a fair bit lighter, untill it starts to go a bit. That's why one of our fist "maneuvers" we practiced was how to pick the bike up with completely fucking yourself up. Don't worry, it's much easier than you'd think.
After a wee while we headed out onto the track. Some bits of the track were really wet. The first time the GS hit a pile of wet mud and slithers all over the shop I shat it and gave the ground a big stab with my foot to keep the bike up. I found I just needed to relax and just let the bike move around under you a bit. After a few laps of following Broon and Martin around I was getting a bit more confident, I even got a wee wheelie and the tiniest bit of air off some of the crests. I was following Broon when we got to one of the muddy bits. I took the opposite side of the track to him to avoid getting sprayed with shite from his back wheel. Wrong choice.

I came over a wee crest and caught the front in a rut. My "if in doubt - flat out" approach didn't work this time. The front came back but I immediately lost the back and went down like a sack of shite. You can hear on the video the comedy sounds I was making.


I had winded myself, and young Brian ran to my aid lifting the GS for me before everyone started to take the piss. We headed back to the cars and the flat area for a coffee and so I could get a few photos of Broon and Martin ripping about. 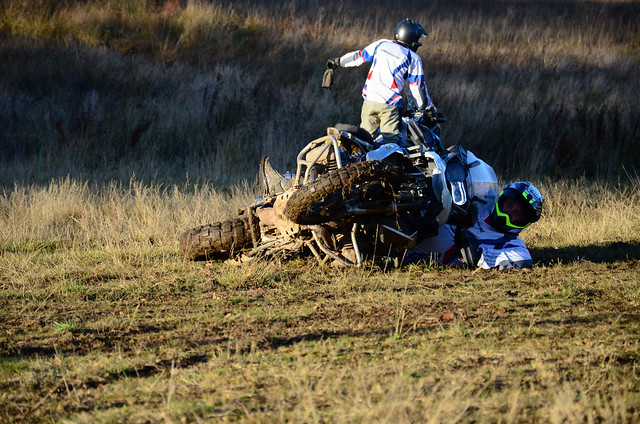 Broon has a lie down between doing donuts while Martin runs off with my hat. 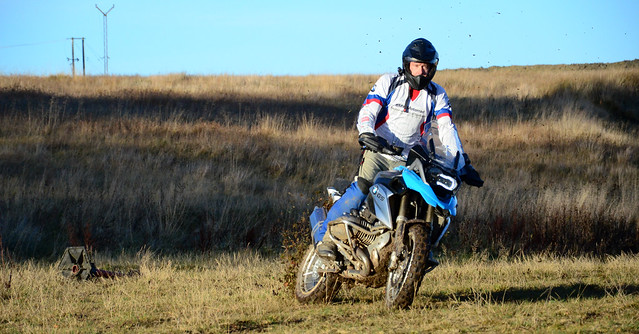 We got changed out our muddy gear and made our way home. Over the next few days my ribs got sorer and sorer. Turns out I had fractured them resulting in a few days off and some special painkillers.

No painkillers can help the agony of Brian's get up.

So, do I still think the GS is too heavy for off road use? Well, yes. there's a reason people use dirt bikes for going offroad, but that isn't what Motorrad are offering with Central Park. For just under £60 they will give you the chance to try a GS at a dedicated offroad facility. You don't have to worry about chucking your pride and joy down a hillside, buying fuel, or having to buy different tyres. Not having to worry about binning your own bike alone makes it good value for money.

BIG Thanks to the guys at Motorrad Central in Dalkeith for the day out.
http://www.motorradedinburgh.com/
https://www.facebook.com/MotorradCentral?fref=ts

If you would like to book a "Dirty Demo" at Central Park have a look here or Contact Motorrad Central
http://www.eventbrite.co.uk/e/dirty-demo-sessions-tickets-14775316369