Monday was Ben's birthday. I had just come off a night shift and he had (probably) been in the boozer all night (this may be false.) I contacted him around midday with birthday greetings and a suggestion of a bike ride. A few minutes later a sort of plan had been formed. We were going to head to St Mary's Loch.
An hour later after shit was got together we set off. We both needed fuel, so the usual route down the Granites road, (the B7007/B709) to St Mary's Loch via Innerleithen was swapped for a blast past Soutra Aisle and down the A7 to Galashiels, where we stopped for fuel then on to Selkirk. Through Selkirk then we cut onto the A702, an amazing road that eventually takes you along the side of the Loch, where we stopped at the Glen Cafe for a coffee, chips and cake, and got the crack with some other folk who were out enjoying the day on their bikes. 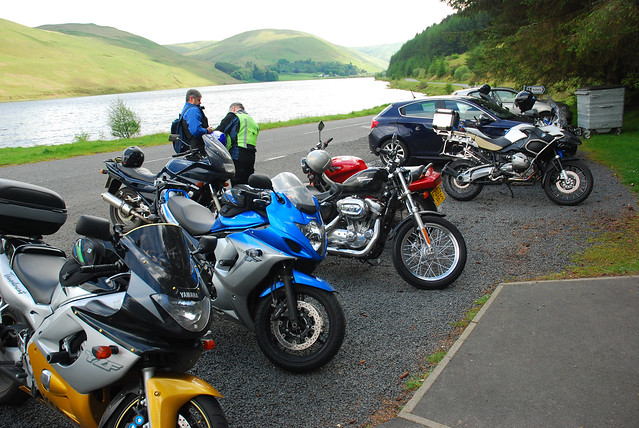 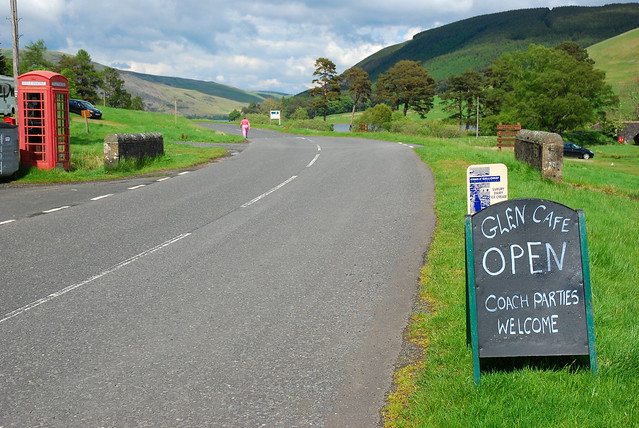 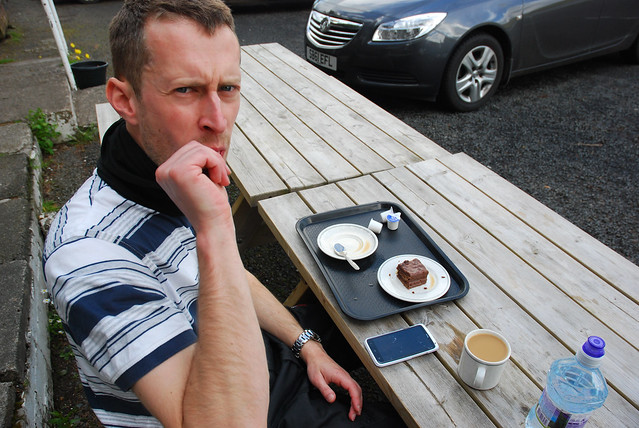 Bikes at the Glen Cafe.

We discussed various routes around the area with the other bikers. They had regularly ridden the Dalveen Pass, a road Ferg had told me about a few days ago. Apparently it's a cracking run, definitely one for the future. Ben was short on time, so we opted for a spin over the Meggat and Talla. Well that was the plan, just after we set off I pulled over and suggested heading down to Samye Ling. We'd tried to get there before when Aidan fell off his bike. I told Ben that it would be quite a short run......
We headed back along the Loch the way we had came and took a right at the Gordon Arms pub and followed the awesome B709 to Samye Ling.

Samye Ling is the first Tibetan Buddhist Centre in the West. When you come round a corner and see the gold of their temple roof it's crazy! The last thing you'd expect to find in the Scottish Borders.
I hadn't checked what was there and was quite surprised how well the whole place is set up for visitors without ruining the atmosphere of the place. There's even a wee cafe.
Ben and I spent about an hour looking around the place before we carried on to Langholm were we re joined the A7 and headed back up the road to Gala. 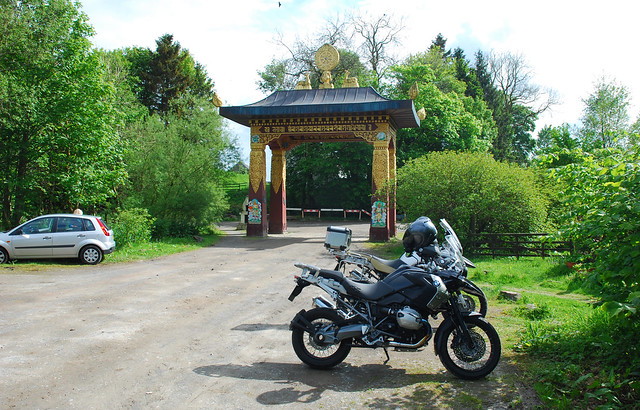 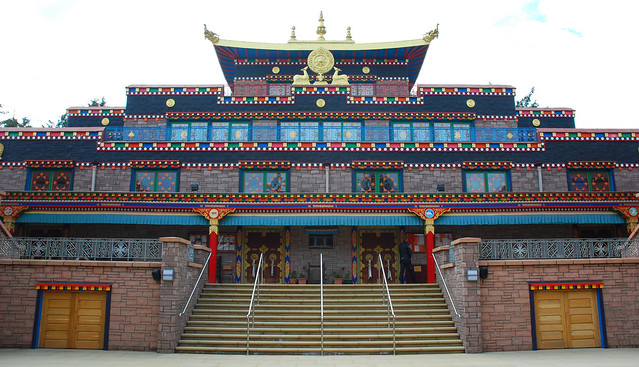 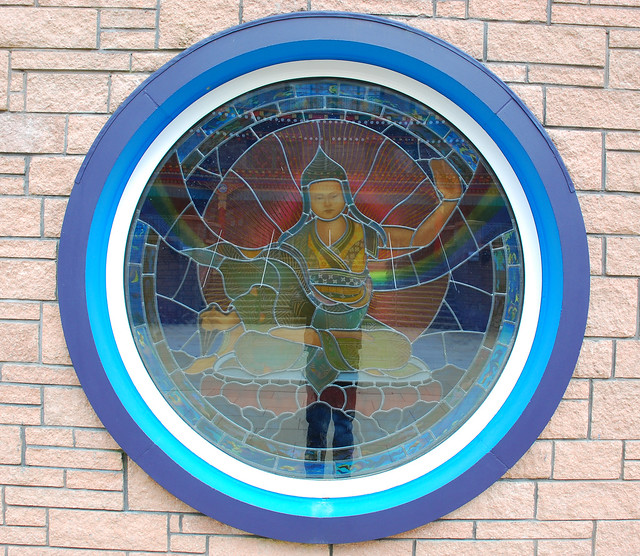 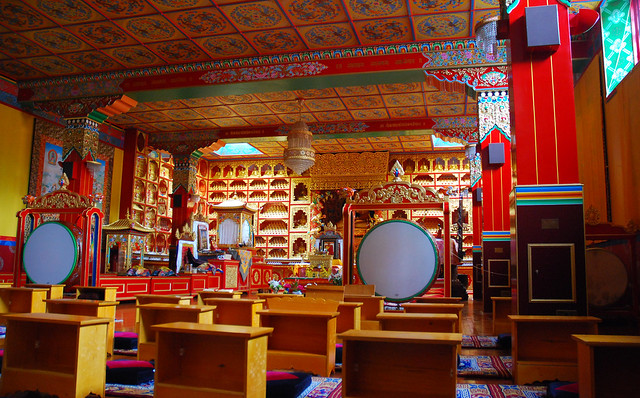 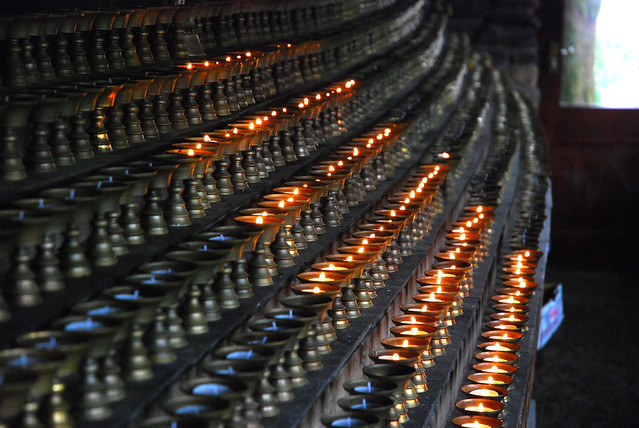 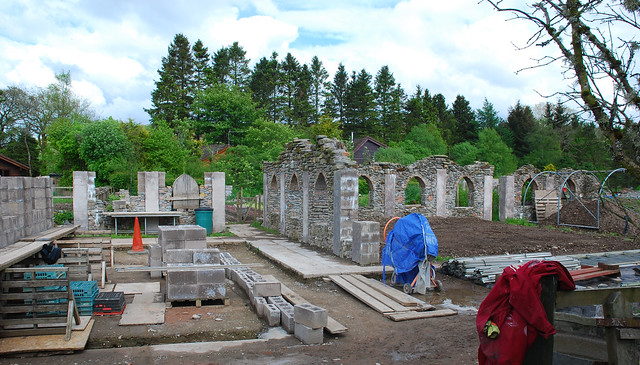 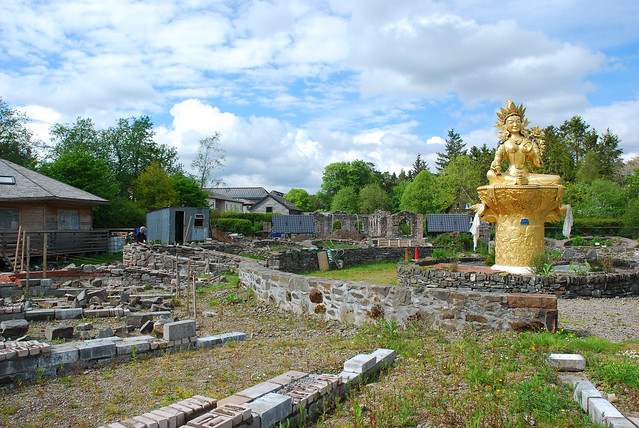 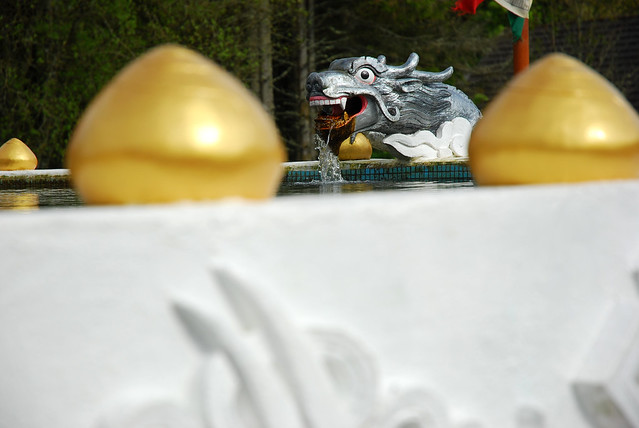 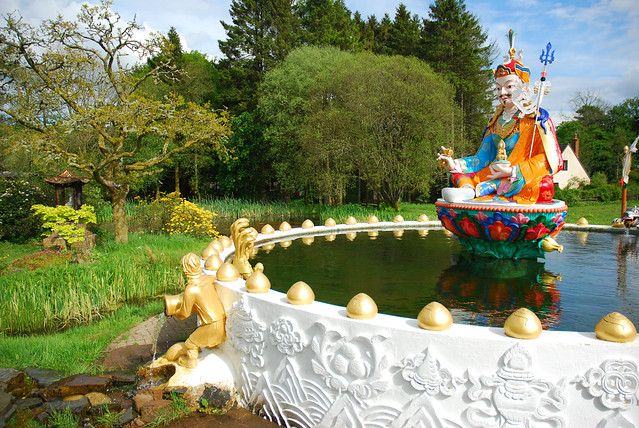 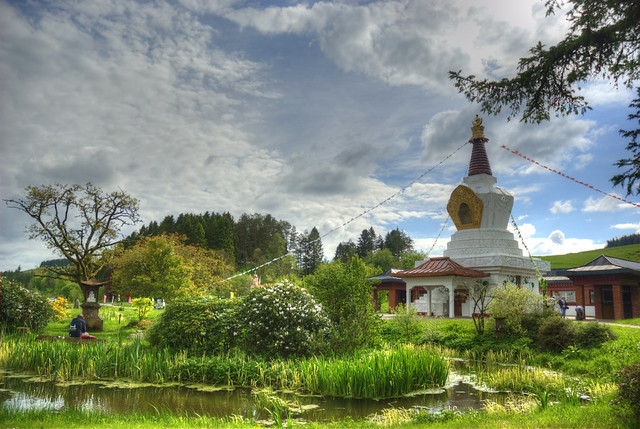 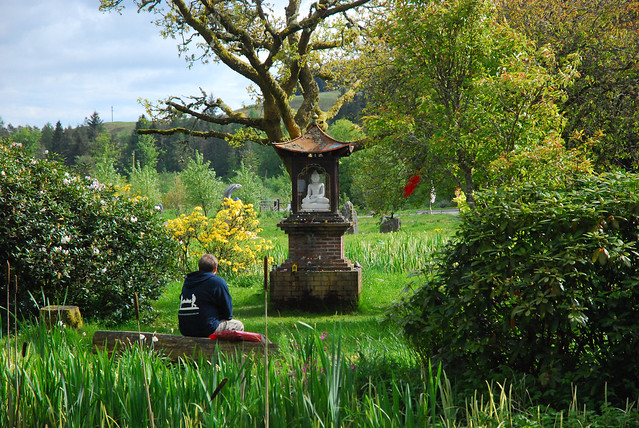 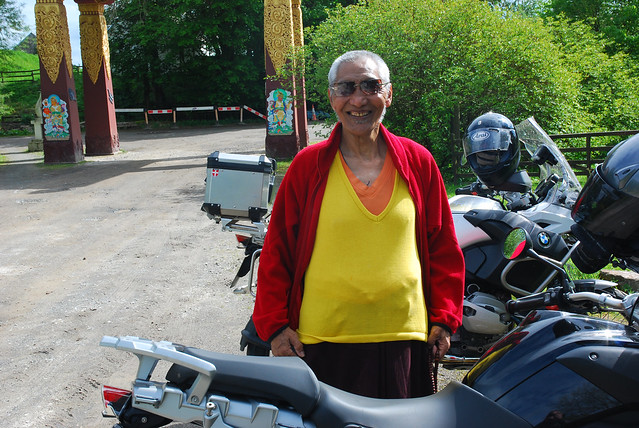 One of the Monk's with the bikes. He didn't speak much english but when I asked hi if he felt good he said "Yes, too good!" 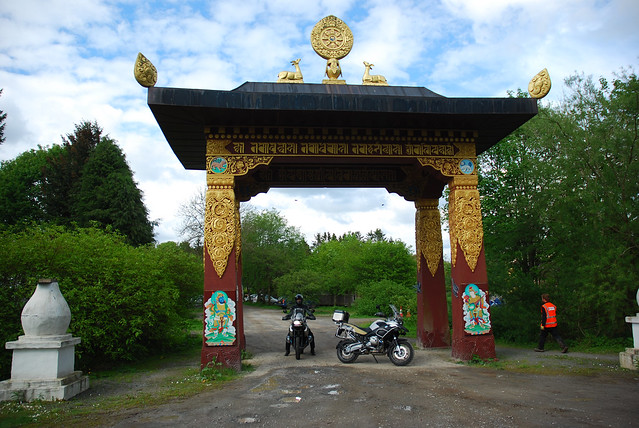 A blast up the A7 to B&Q in Galashiels to pick up some charcoal and a chimney starter for my new barbecue, and a quick phone call from Faithir and we were heading to Lauder. Faithir was out running in his new water cooled GS Adventure. We helped him finish off his chicken he'd got from the chippy and he joined us for the rest of our run home. 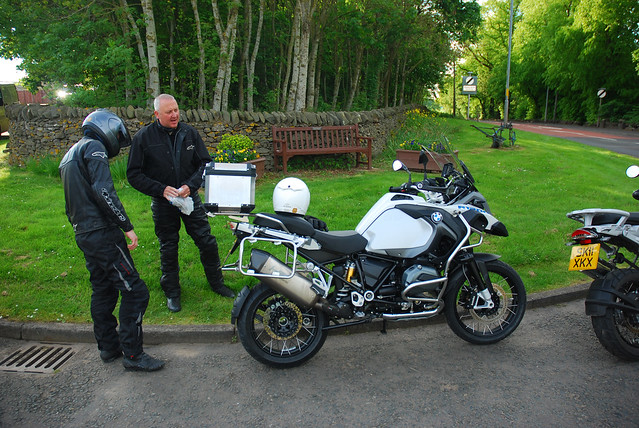 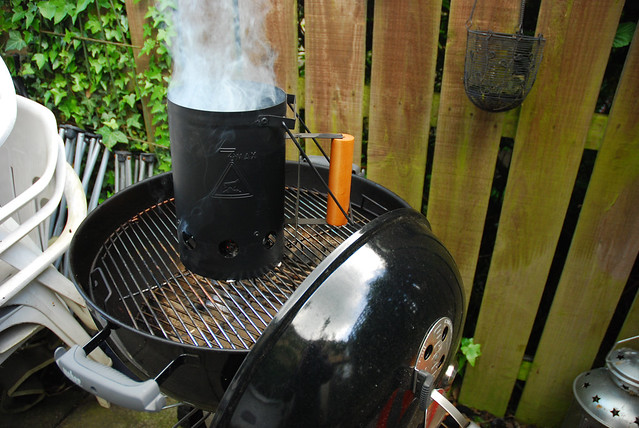 Incase you were wondering, this is a chimney starter. Gets the charcoal ready in no time. 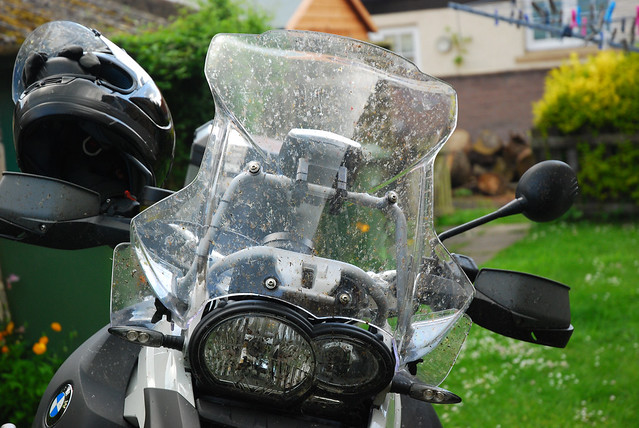 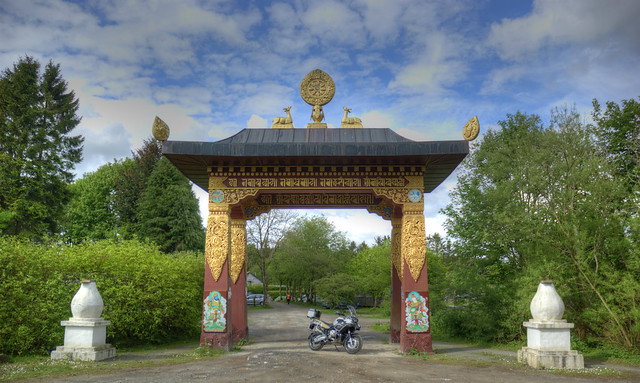