I found this video. Give it a wee look. Its grand.

The Norton Project from Jamtron on Vimeo.
Posted by Mike at 5:51 PM No comments:

Today was a good day.

Last night I had a cold.

Even with the help of HB's brownies it was no use.

Today I woke up with that warm bed feeling that's too warm but OK. The kind of feeling that will still be under the covers after you've unsheathed yourself from the duvet and been for a piss. Straight back into the dream you've been havin comfort.
Fuckin champion.
I lay in bed for a bit, listening to tunes then reading some Brookmire, before breaking my fast with Nevis and The Treeman (the rolls were on them, cheers guys!)
It was proper summer warm and I needed to be oot on my GS, here's some of the pics from my wee run. 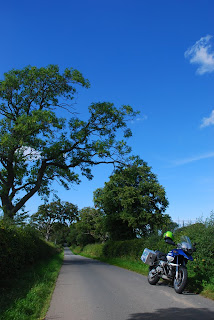 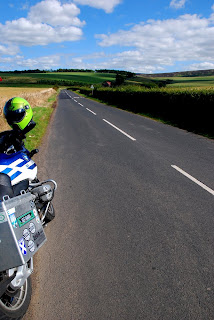 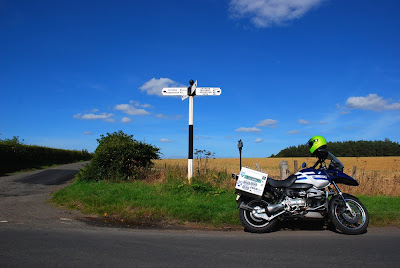 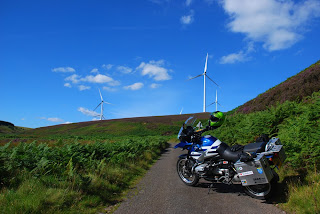 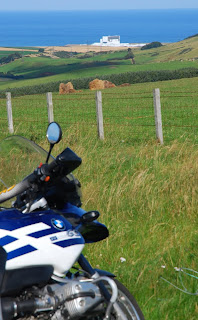 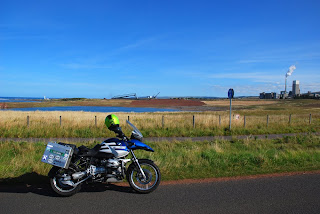 I took a wee spin up the hills and then doon the coast, passing the windmills and Torness, the nuclear power station.
Now I'm in two minds about windmills. They look cool when there's only a few of them, are a supposedly green way to make power, and their service tracks make a nice playground.
But the don't really work. They are a shite way to produce electricity and our hills are becoming a little bit overpopulated by them. My mate Jim can give us the science, so I'll e him a linky to this page and he'll tell us the crack.

Anyhoo, the sun was nice and warm. When I stopped to take the piccys I could hear grasshoppers clicking away, bliss until faithir interrupted everything with a broadcast from his new mobile phone.
After being up the hills I headed down the coast, past the lighthouse at Barnes Ness and the land fill site near the cement factory. Further down the road I stopped in by Knowes Farms Shop and got myself some yellow tomatoes,brambles and one of those pies that I tried at the food festival. I'll do a full pie test on it as soon as I'm hungry.
After doing the ford (and getting soaked) at the back of the farm shop it was home for a BBQ with HB, Hairy Aaron and Alison, Faithir and Ma, Ben and Kirsten and Dave and his crew. not to mention Fast Morton and Bob. Dave brought his spastic bike which Aaron and Morton took for a spin. This thing is fucking impossible to ride, but after the initial push off Aaron had in nailed. Sick!
Fast Morton had it nailed from the start. I'm sure he could backside his hardtail, or whatever these extreme types go on about. 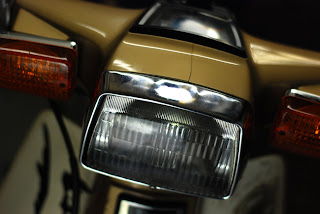 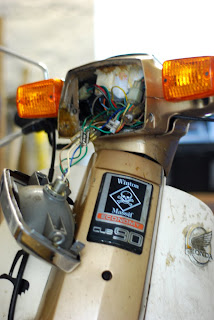 The thing about owning one of the most reliable bikes on the planet is that you have to spend loads of time fixing bits of it.
Last night on the way back from night shift I lost dip or main beam. Again. The reason I say dip or main, is that there is no real difference between the two in how far they help you see up the road, they just seem to have different spreads of light. I thought I'd fixed this before by cleaning everything down. All was working fine 'till last night.
Hey, its a lot better than the time the swingarm nearly fell off.......
I pulled the headlight out and had a wee look. The bulb was still fine, but the blue wire looked like it's connector was a wee bit loose. I squeezed this on a wee bit tighter with a pair of pliers and all was well again. Awesome. After some scientific headlight adjustment the C90 was good again! 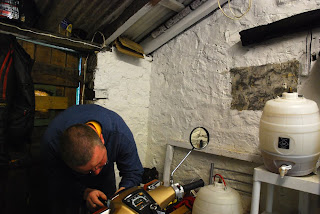 UPDATE
I've just arrived at work and it looks like the dip/main is fucked again. Back to the drawing board (and the Haynes manual)
Anyone got any ideas??
Posted by Mike at 6:22 PM 3 comments: 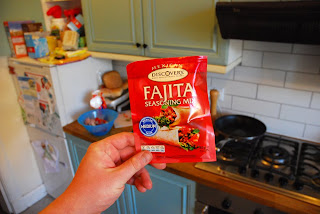 Another offering from Discovery. This time in my more preferred dust form. This medium one is spicy enough to make me sweat, but so does HP sauce, so thats nothing to go by. Its got quite a strong tomato flavour, which is a bit weird for powder based food, I'm not too sure about powdered tomatoes. Years ago I had a wee job in the dreaded McDonalds where they had fucking dehydrated onions, a weird rice looking stuff that tasted fuck all like onions. Anyway, the fajita mix isn't bad, but its not great.
So the Discovery Medium Fajita Seasoning Mix gets 3 and a half chainsaws out of 5.
The blog has another fan now too, that's me up to three! Fucking champion!
Posted by Mike at 2:46 PM No comments: 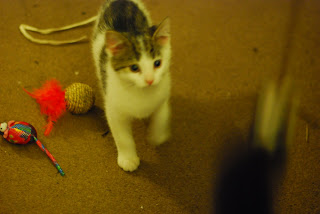 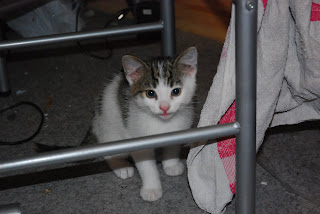 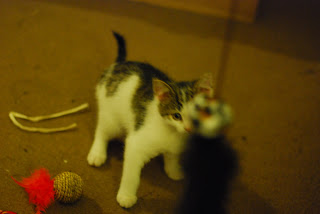 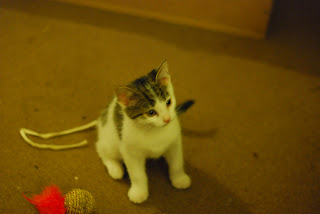 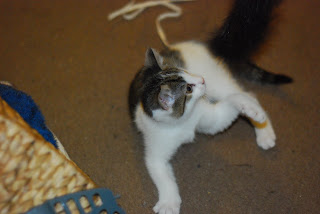 HB passed her driving test, YIPPEEEEE!!! WELL DONE HB!!
This is grand, last night we went up to the pub in Garvald for a pint. Well I had a pint, soft drinks for HB!
Also the Jock Taylor memorial run was on yesterday. I missed the run itself cos I was in Edinburgh on the GS getting some stuff I'll need when my new wheels arrive, hopefully in a few days. Anyway, I nipped along to the Winton on the C90 and got some pics. I'm sure everyone thought I was awesome, when I left I did a big burnoot on top of the wee hill.
Or they may have thought I was a fucking twat. 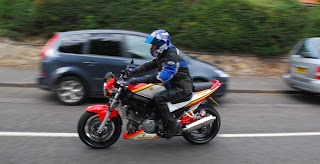 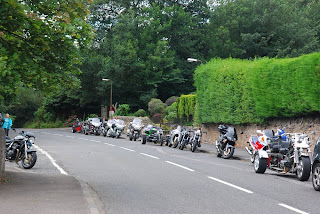 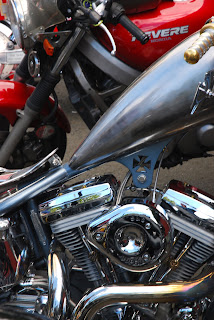 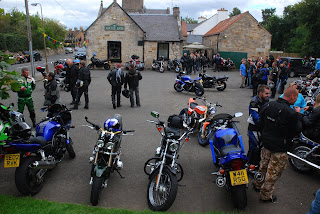 And check this out. 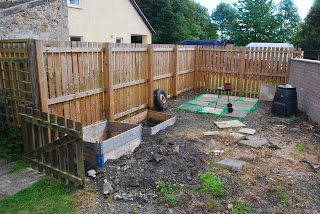 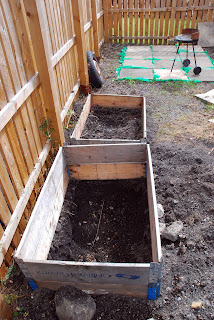 Productive bastard eh?
Posted by Mike at 1:39 PM No comments:

The Festival, Jimmy Jibs and getting stuck in a lift with a fud....

I've been up to loads since my last post on here. I went to the Foodies Festival in Edinburgh for a look aboot. Loads of free samples to try and plenty to see, with the best undoubtedly being the Remey Martin tent thing, especially as Mat gave me most of his cos he was driving. There was a woman selling pies that were a complete meal for one person wrapped up in pastry, they were damn good, as was the Thistly Cross Cider which is made just down the road from me.
HB bought some cheese, which was apparently the best in the country and some nice balsamic glaze. I bought some gid chutney and jam, then Mat gave HB, Zul and myself a lift back to Zul's flat to see her new wee rabbits. Rabbits seen, Mat and I carried on our journey, or we would have if Mat hadn't suggested we jump up and down in the lift. The result being us stuck in a lift for 40 minutes watching south park on Mat's phone. Fux ake. 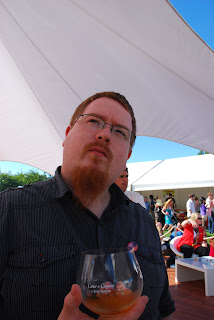 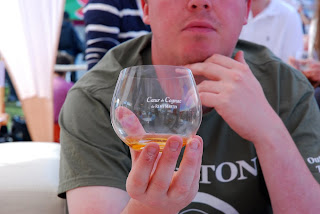 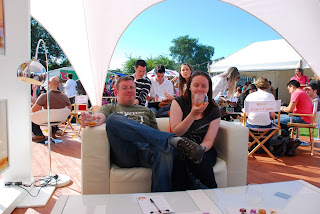 The next day I was helping Big Hairy film a comedy gig for the BBC. It was pretty gid fun and we got to see plenty of the festival folk kicking aboot. They even gave me a free T shirt and my first Hoody. Sweet. 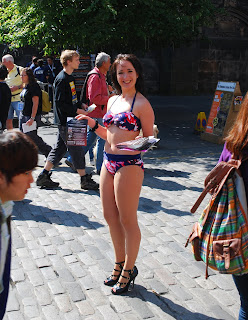 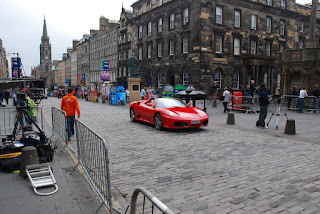 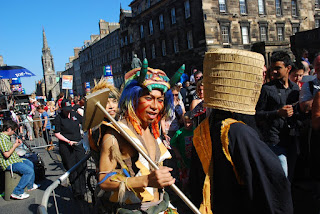 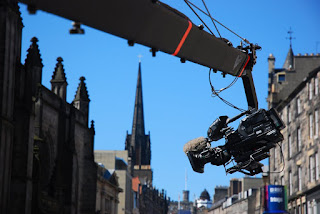