Usually heading North here in Scotland is a hugely joyous event for me, but the last time I headed North it was different.

Malky, HB's Dad had cancer. We received a call on a Thursday telling us the days following would be the last chance we would have to spend with him.

I had always got on with Malky, not always agreeing on things but we developed an understanding and respect for each other. We got the crack and I was lucky enough to spend some time with him. Just me and Malky, putting the world to rights, ripping the pish out each other and failing to follow each others broad accents, although this was often my downfall in an argument over Malcolm's, him having two daughter's who had a hybrid lowlander/Caithness accent.
Malky was make an honorary member of the Massif when we stayed at Lybster and had a wild night out in his local, The Bayview before we all headed back and hammered all Makly's booze into us at his house.

On the 5th of April Malcolm lost the battle he had fought so hard against cancer. It was a Saturday. 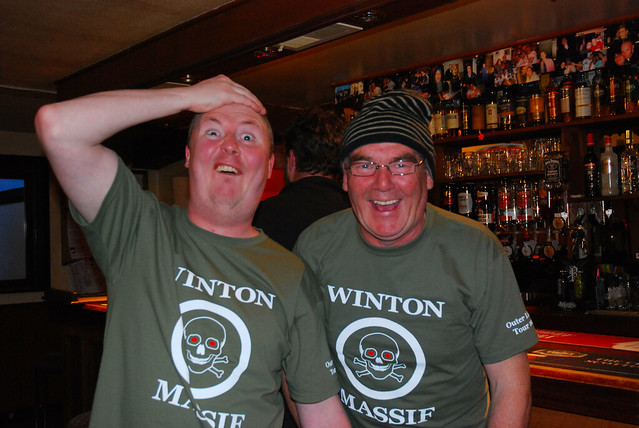 Me and Malky. Good times. 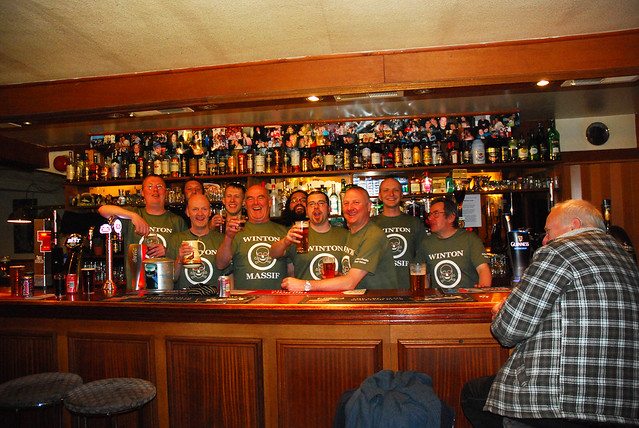 Malky gets initiated into the Massif.

I spend the next wee while between Lybster and Thurso, heading to Ferg's when siblings needed to sort out sibling things. As always, I  used the bike to clear my head, gather thoughts and generally get my shit together. Most of these were solo runs but Ferg joined me for a few. He even gave me a shot of his Sherco trials bike. HB would have had a shot too but the Sherco's crazy torque and temperamental clutch ruled that out for now.
HB's brother Tom also let me have my first go at welding, something that may come in handy with a future project I've got myself. 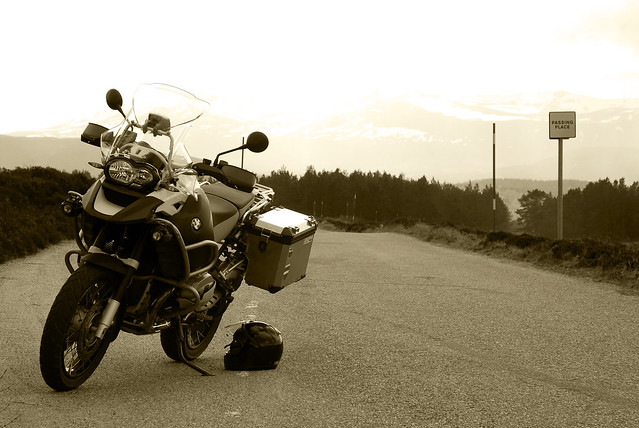 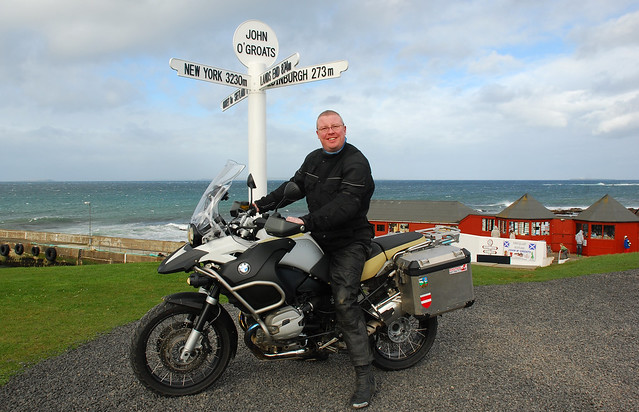 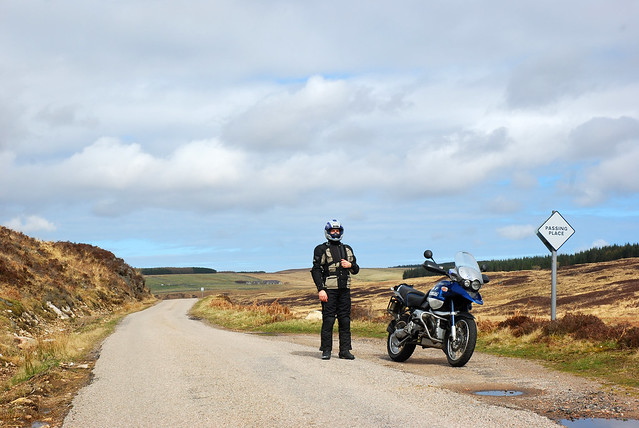 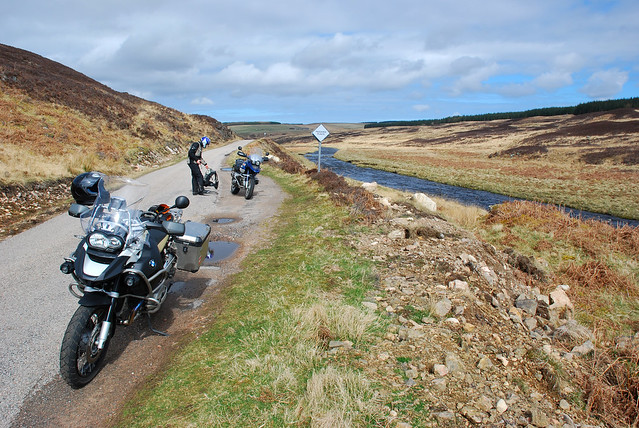 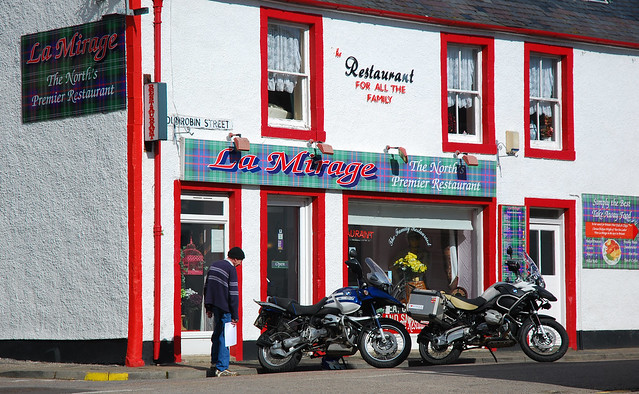 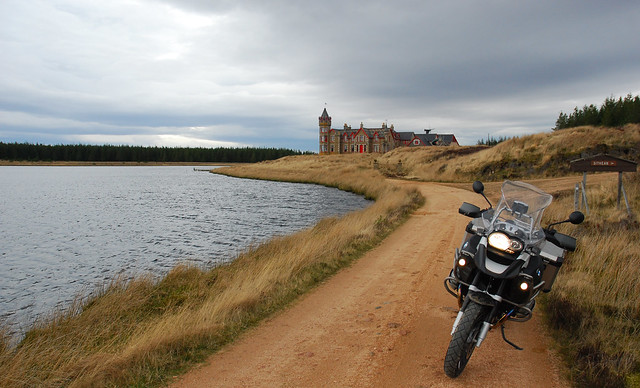 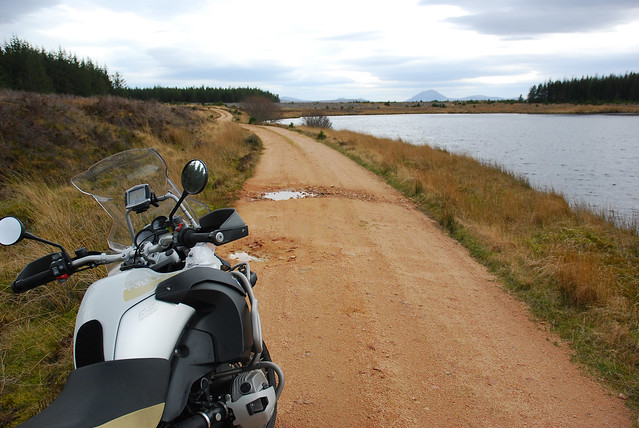 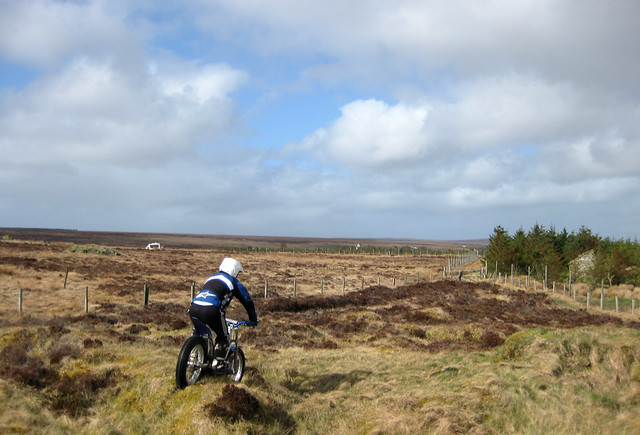 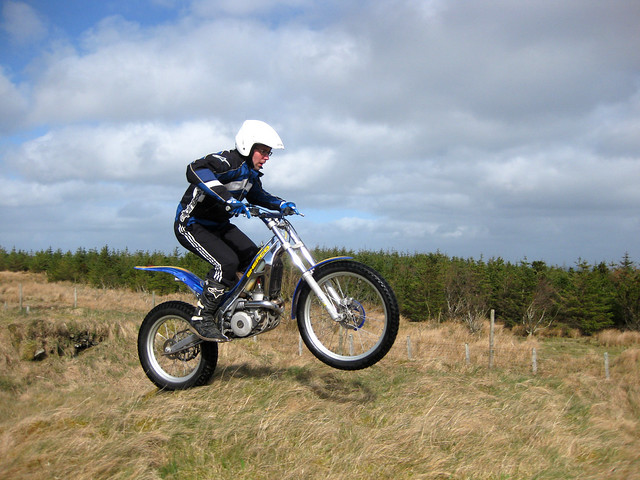 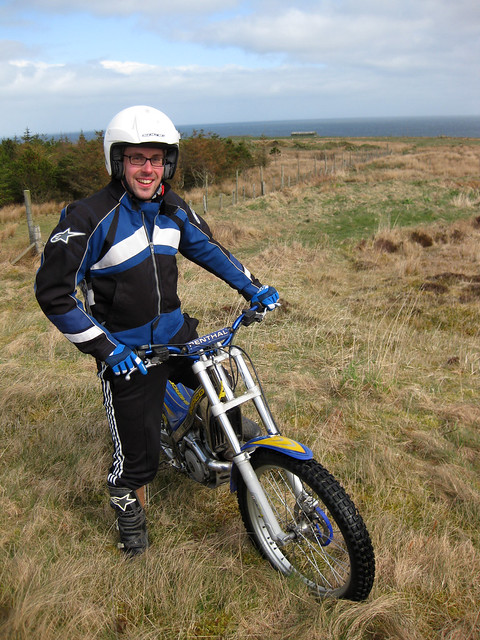 I'd headed north through Glen Shee and over The Lecht. I headed home wards through Glen Coe. On both trips the weather was awesome. 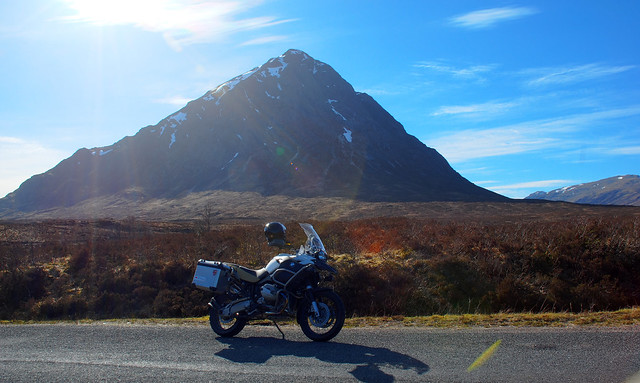 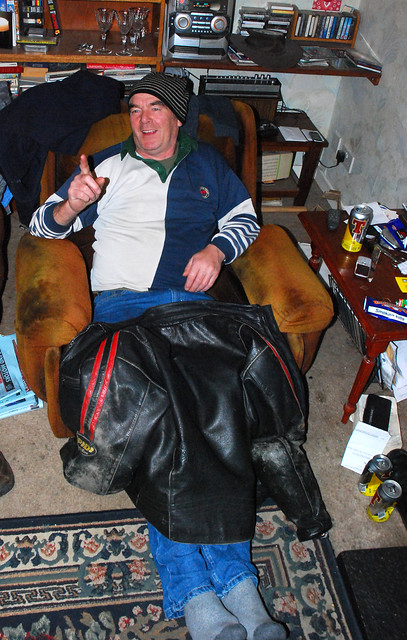 Bridge Over the Border

Aidan and myself took a wee spin the other day. This was Aidan's first proper spin since he came off last year. I had planned to head down the borders via the Granites and St Mary's Loch but the roads there were pretty greasy, so I suggested heading down through Duns. I wanted to see the Union Chain Bridge that crosses the river Tweed that makes up the border between Scotland and England.
We headed along the mostly dry roads until we got to Greenlaw where Aidan announced that he was "fucking freezing" and he wanted to go to a cafe for a cup of tea. I told him not to worry and that we'd be stopping soon. a while later we were at Paxton, still looking for a cafe. Aidan wasn't best pleased with this so a wee bit of a grumble was had and we headed to Berwick over the border in England. A cafe was found and Aidan warmed up. He only had a T shirt on under his bike gear! Whit a laddie! 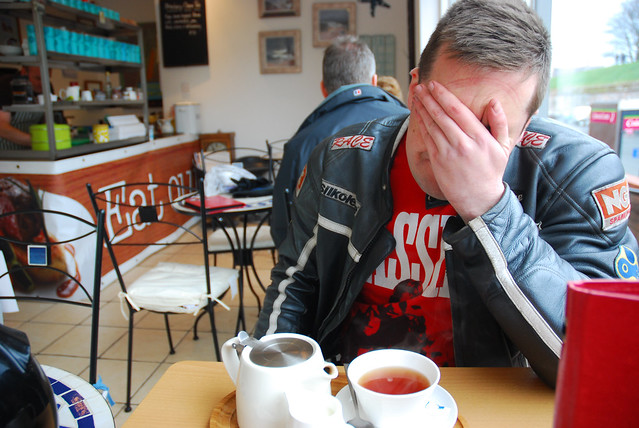 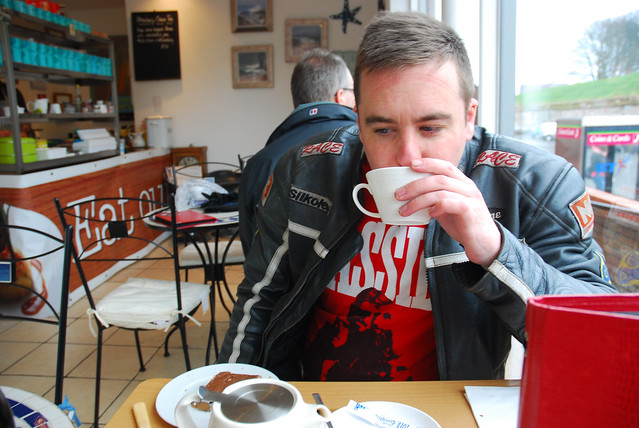 Aidan had to get back up the road so he battered back up the A1 while I went looking for the Chain Bridge. Turned out it was just beside Paxton where we'd been about an hour before. 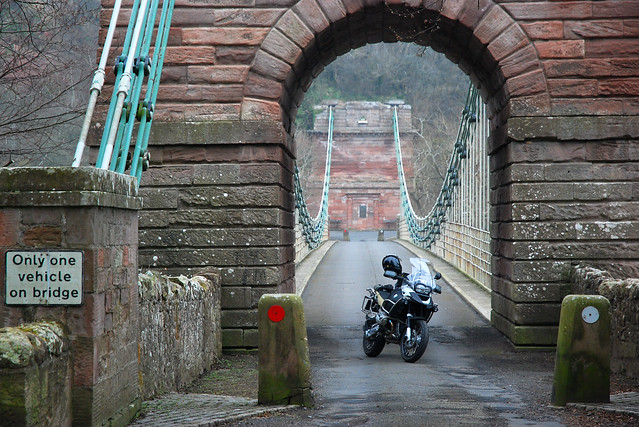 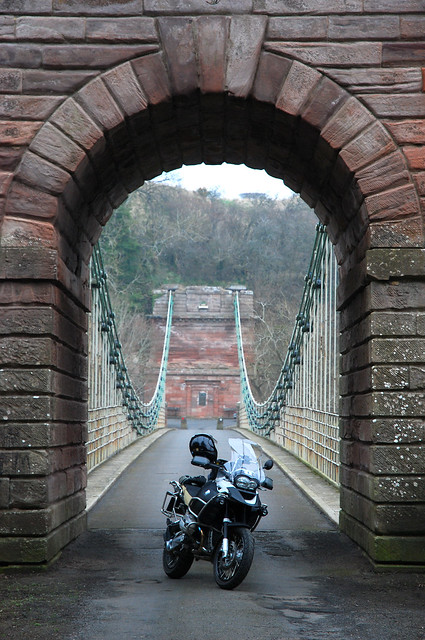 After getting a few photographs on the bridge, I headed home via Duns and over the Lammermuirs where it was really foggy, so no nice views but an enjoyable spin all the same. 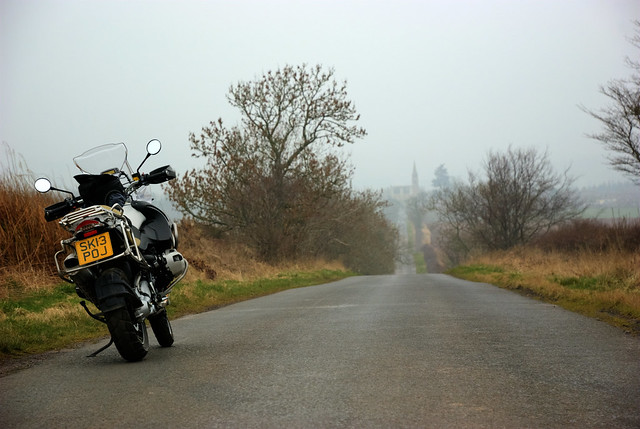 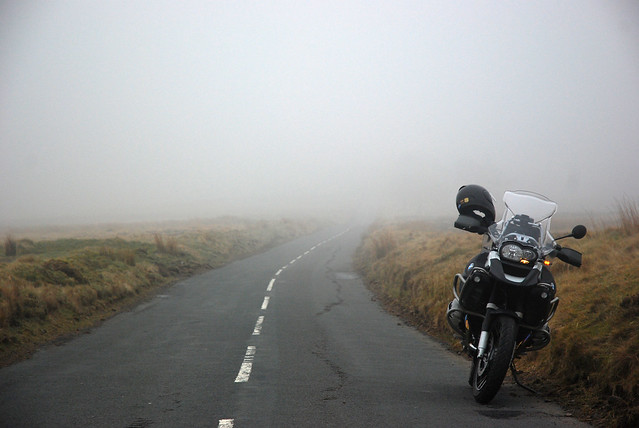