We’ve been going to Sunart Camping for a good few years now, becoming friends with Tim and Lynn who own and run the site. When I started my wee tour company, Passing Places Tours I was keen on putting a bike rally on at some point. For those of you who don’t know, a rally is basically just where a bunch of folk meet up and speak about bikes. Some bigger rallies have bands and stuff too. I’d spoken with Tim about putting on an event at his site, he was keen and suggested we do it for charity so the Sunart Wildcat Rally was born. We chose the name because the area around Strontian is a Scottish Wildcat sanctuary. We also chose the Scottish Charity Air Ambulance as our supported charity.

The rally was to be a one night event on a Saturday, with some people heading up on the Friday or staying on to the Sunday. Everyone that attended the rally got a t shirt and we had an optional ride out to Ardnamuchan Licghthouse on the Saturday afternoon before Tim cooking everyone a big barbecue on the Saturday evening, when we would have our charity raffle. 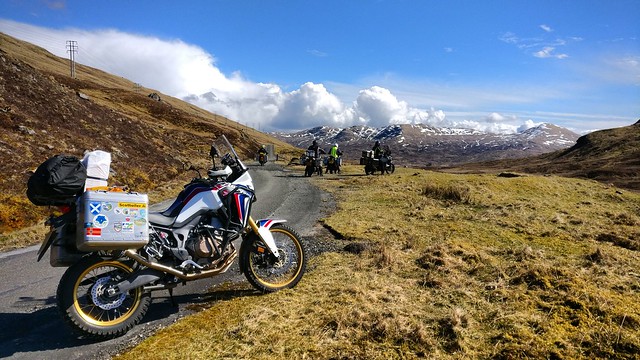 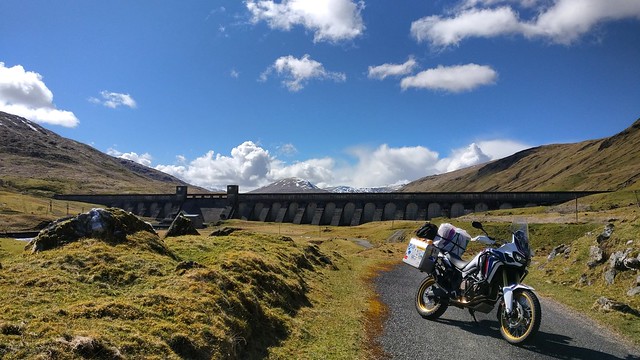 A group of us headed up on the Friday with the rally t shirts and raffle prizes divided up among the bikes. My usual route up seems popular, taking a spin through Glen Devon and over Glen Quaich to Loch Tay, it’s a great alternative to the busy A84. At Loch Tay we headed up Glen Lyon and over some really nice wee single track roads before joining the A82 at Killin and heading up to the Corran ferry via Glencoe. There were already quite a few folk at Sunart Camping who had opted to come up a night early and make the most of the weekend. It was good craic on the Friday night, with the majority of folk heading to the pub for food and a few drinks. 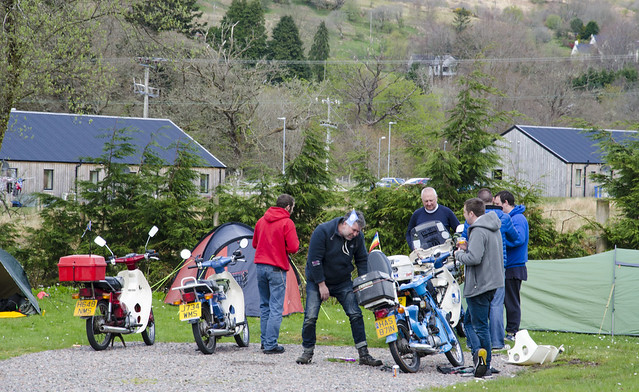 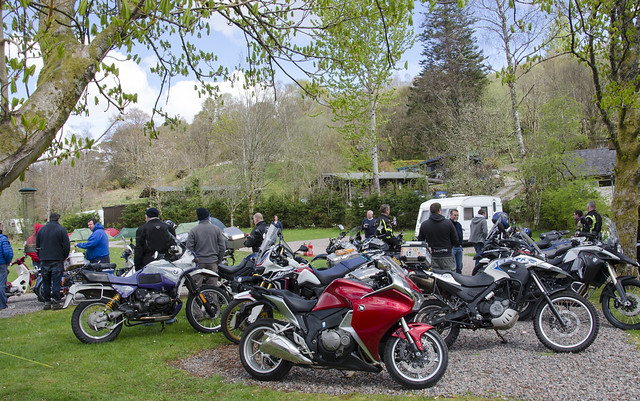 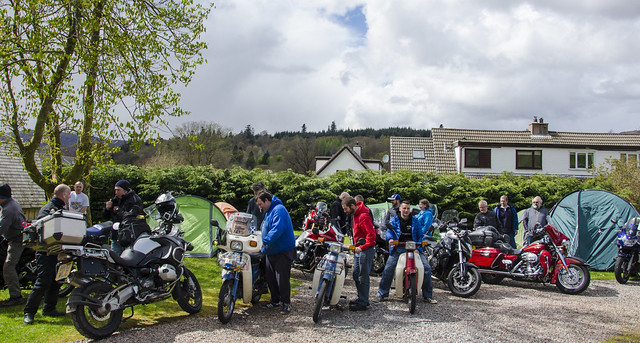 Saturday was rally day. I had organised a ride out to Ardnamurchan Lighthouse at half two, to give folk coming up on the Saturday some time to arrive. Some folk done their own thing, going for a ride over to Mull or exploring the Ardnamurchan peninsula. The run to the Lighthouse was well attended. Scenically, it's stunning but the road is a narrow single track, often with wee patches of gravel here and there. It's was some people's first experience of our Scottish single track roads and I think some folk found it challenging, especially the guys on the sportier bikes. Everyone did seem to enjoy the run, grabbing a snack or a drink at the café and having a look around the Ardnamurchan Lighthouse and taking in the views across to the small isle of Rum, Eigg, Canna and Muck, and over towards Skye and Knoydart. 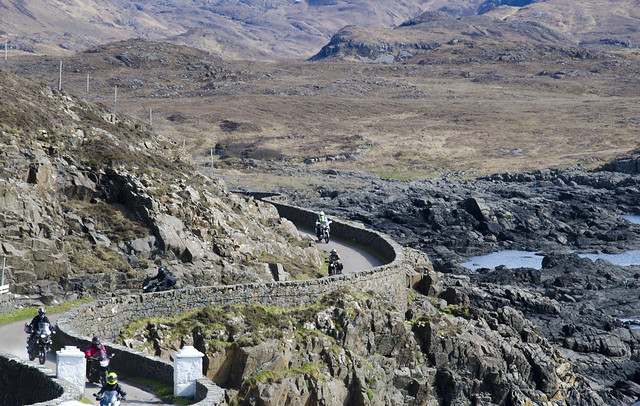 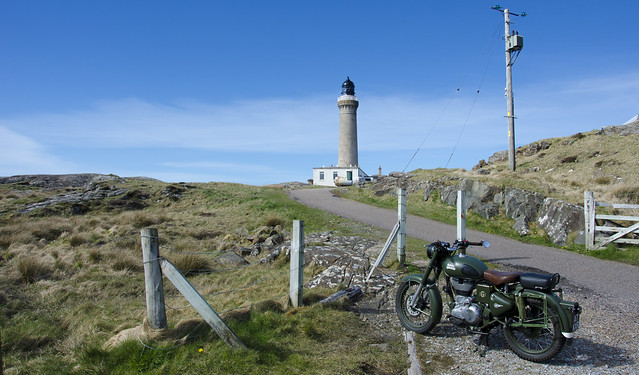 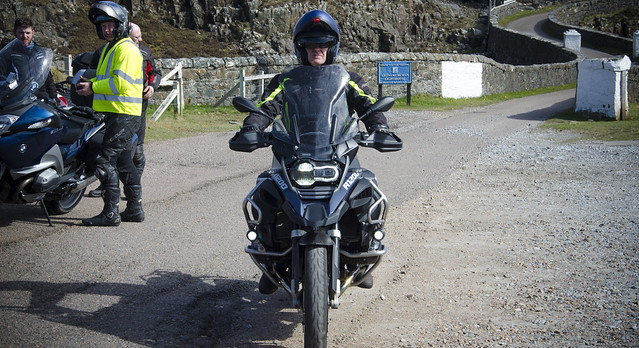 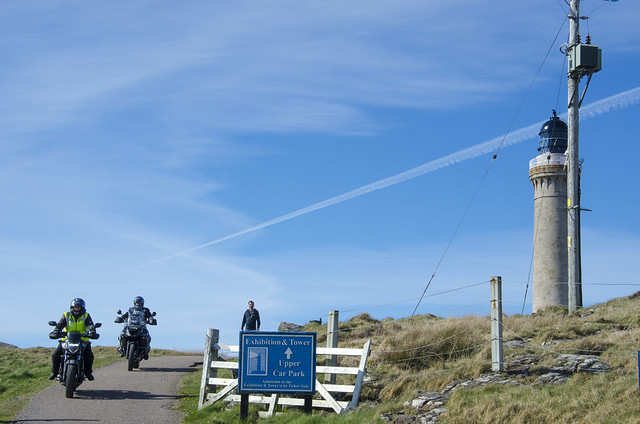 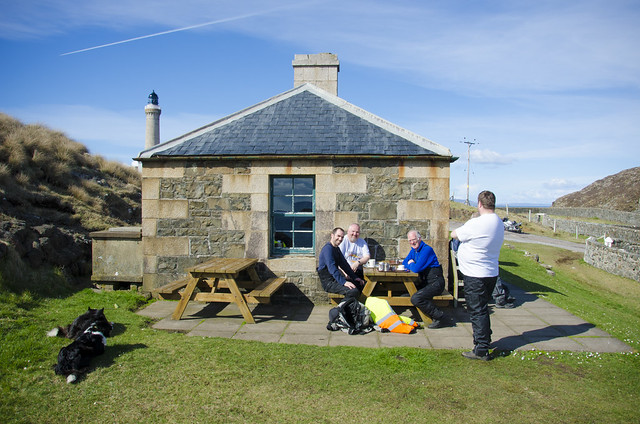 Everyone made it back to the campsite safely where we discovered we'd dodged some hail stones! We'd had sun for the whole run but poor Snake, who was stuck at the campsite with a broken down Honda Cub, had to find shelter, he said it had been really heavy! That evening we had a our barbecue and raffle. Lynn from Sunart camping had painted a picture of a Scottish Wildcat, so we had a separate raffle for that as well as an auction for a weekend in Strontian including mountain bike hire and a guided canoe trip. I had been given some great prizes for the main raffle and some of the folks attending the rally had very generously donated some really good prizes. Tim done really well on the barbecue and with everyone fed and the beer flowing the laughs carried on into the night. 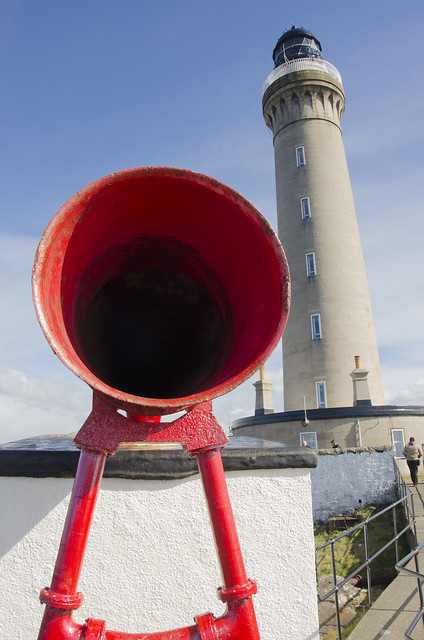 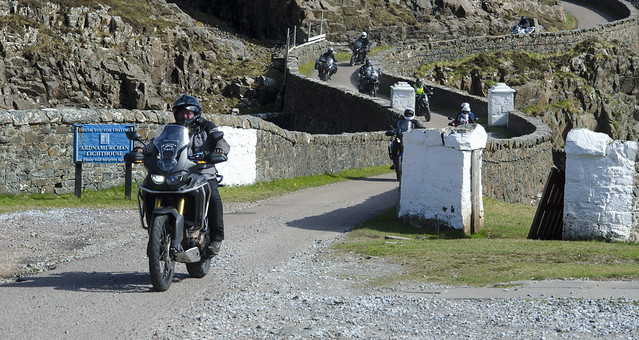 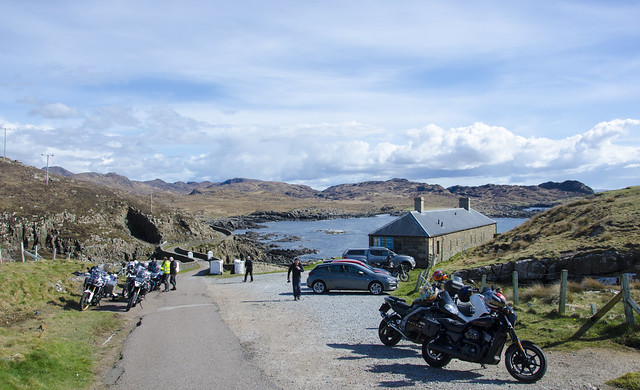 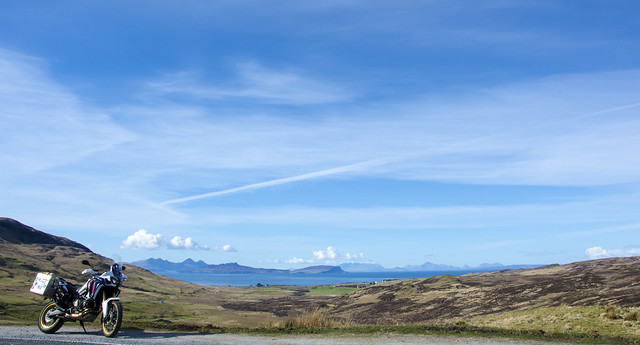 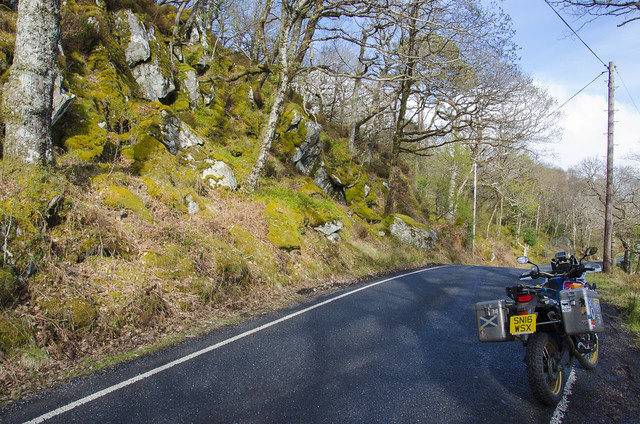 The following day most folk headed home. I stayed up with a few of the guys and had a nice spin up the Roshven and Lochailort road. Paul, who had ridden up from Watford also changed his plans and stayed an extra night, heading for a ride around Mull and nearly missing the ferry back! 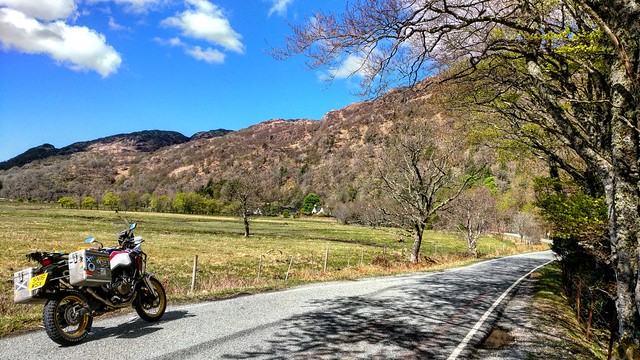 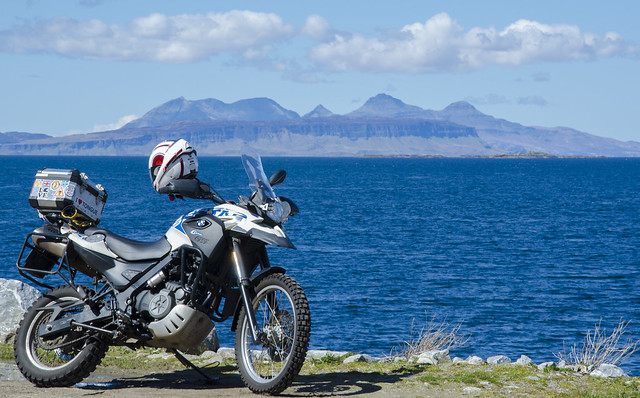 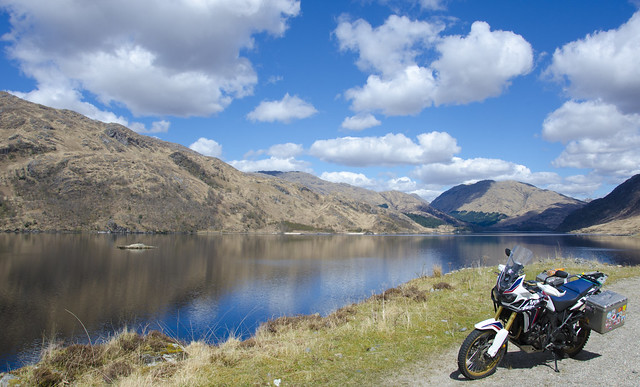 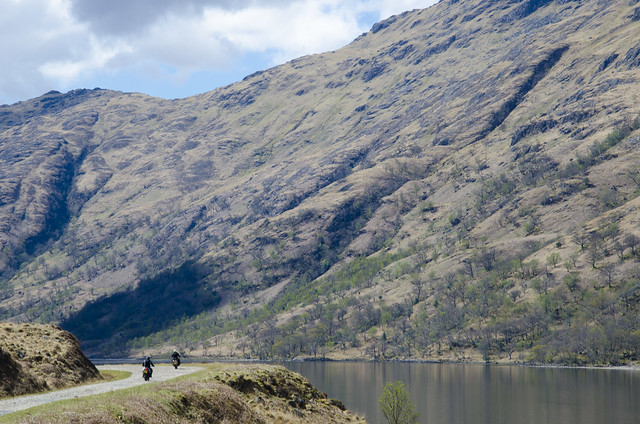 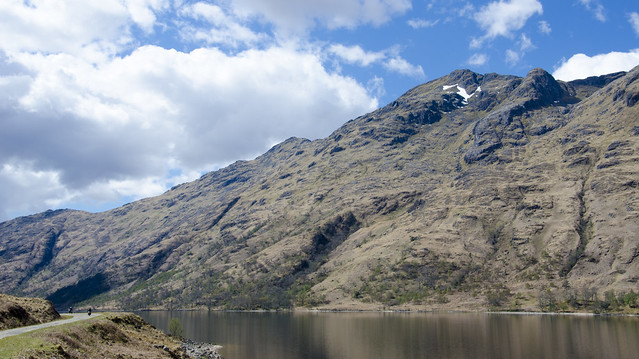 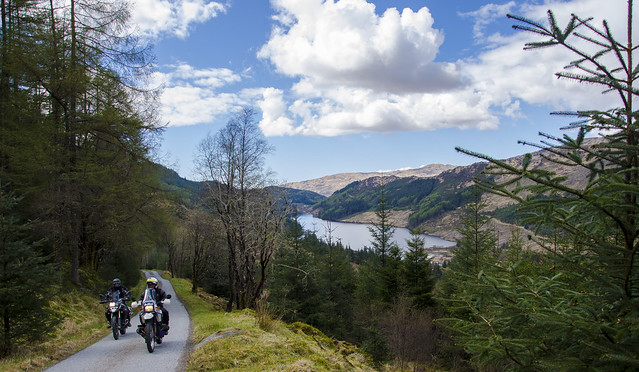 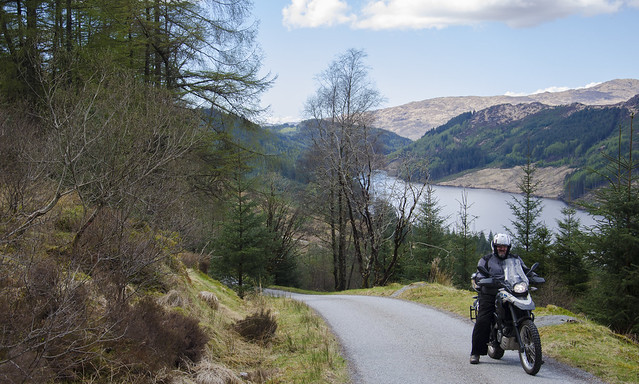 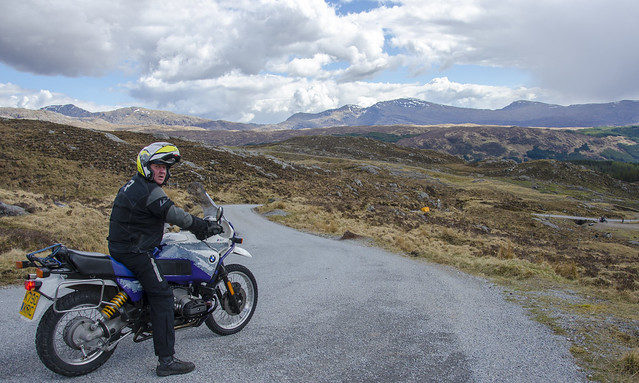 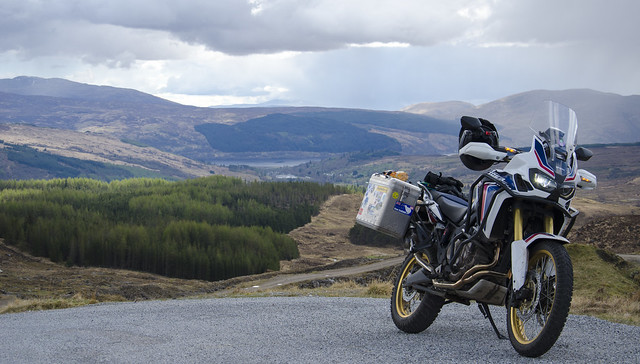 All in, it was a great weekend. We raised an amazing £1730 for the Scottish Charity Air Ambulance.

I'd like to give a special thanks to the following folk.

Scottoiler, who donated one of their excellent chain oiler systems. www.scottoiler.com

The Strontian Hotel, for making sure everyone was fed and watered on the Friday and Sunday night.
www.thestrontianhotel.co.uk

And of course, Tim and Lynn at Sunart Camping. It was a pleasure sorting out the rally with you guys. www.sunartcamping.co.uk

If anyone is interested in touring Scotland with me, give my website a look. there's about to be a big announcement for some new tours and trips! http://passingplacestours.com/ 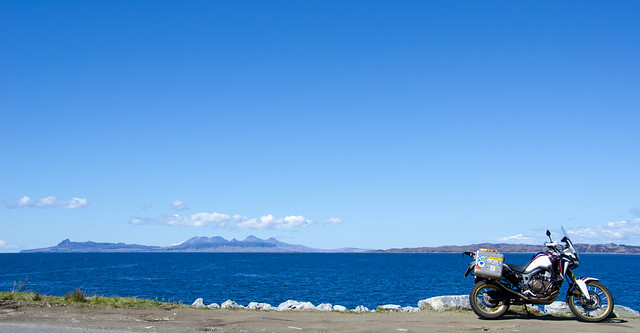