England went into fucking meltdown at the weekend. They were hammered by extreme and treacherous weather. About 2cm of fucking snow. There was one woman on the news banging on about how bad it all was, like the world had fucking ended. She was really worried that all the snow they had would freeze and she'd be doomed. There was still grass visible in the park behind her for fuck sake.
Up here in Scotland we also had snow but we embraced it like true people of nature. It was fucking quality.
my Pugsley was originally designed as a snow bike, it just happens to work really well on sand and other soft places. So it was great to get out in some proper dry powder snow.

Friday night the snow started to fall so I went for a short spin around the village before going for a pint in the Winton with Faithir. 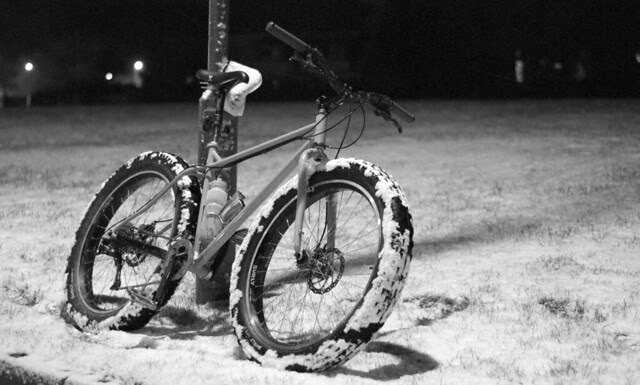 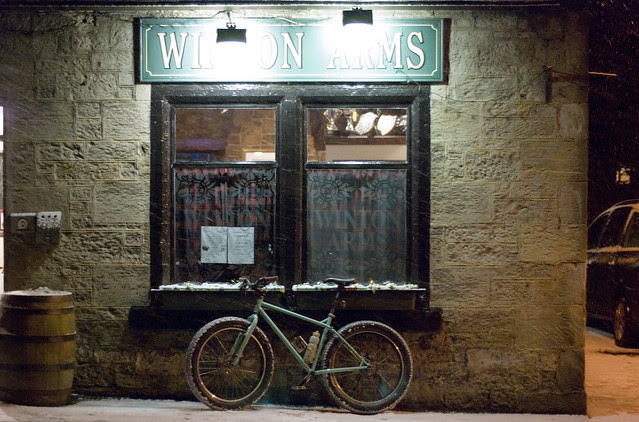 The snow fell for the rest of the night and Saturday was nice and bright with plenty gid snow. It was pretty warm too, I had a really nice cycle on my own around Saltoun. I never got many miles in though, I was feeling pretty fucking out of shape since not being on the bike much recently from being fucking ill all the time., so it was Saltoun and hame. 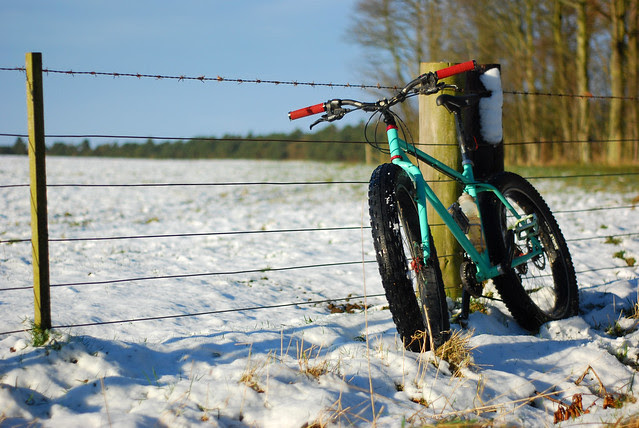 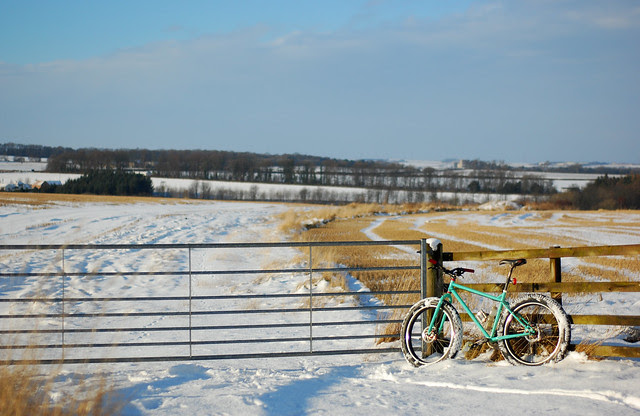 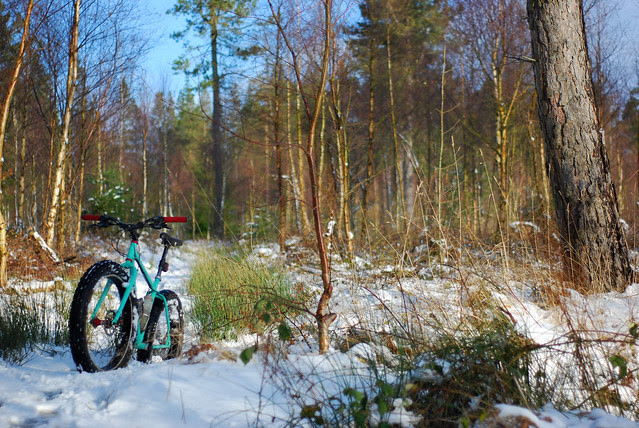 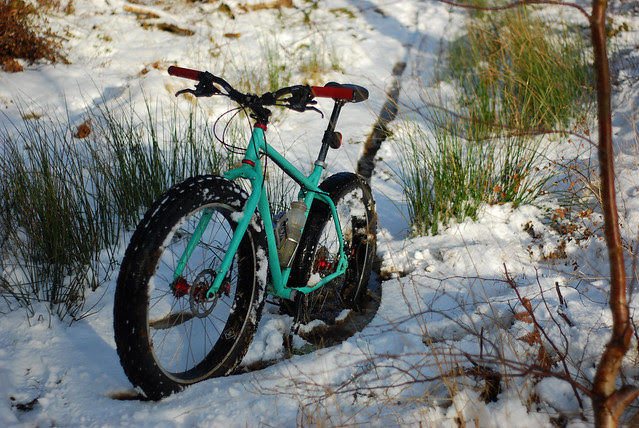 Even with the floatation from the tyres the Pugsley broke through the ice here on the Saturday and on Sunday.

Saturday's spin was followed by a Sunday spin with Paul and Peter. We followed a similar route but added in Kinchie, Woodhall and the Winton woods. Still lots of nice snow and a wee bit deeper than Saturdays cycle. It was good crack getting out in the snow with those roadie bastards, and Paul even managed a fucking awesome jump of a wee bridge but the Gopro's battery died just before he pulled it off. (the jump) 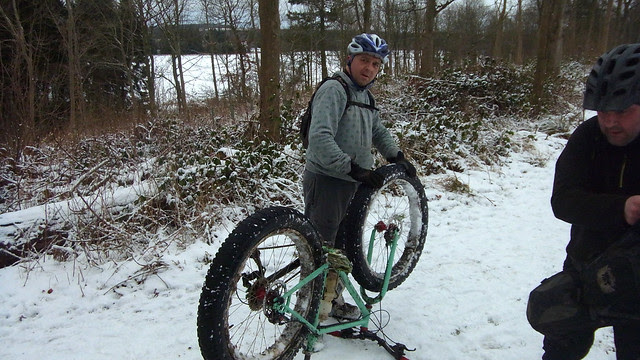 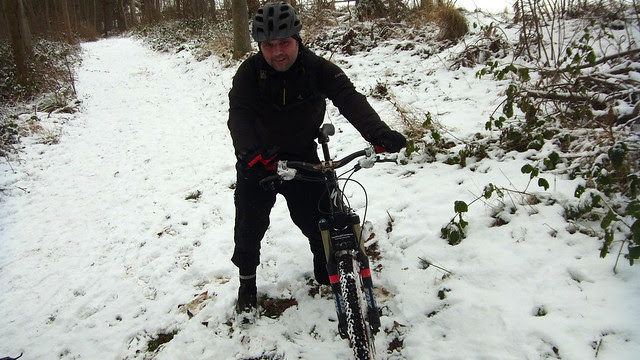 I had the Gopro with me on both days and I made a couple of videos. They're nearly identical apart from the music, leave a comment to what you think is better. The Vimeo one's music is Orbital and the Youtube one has Leftfield. "Both are pish" is also an option.

The snow fell heavy on Monday but that didn't stop me and Gary getting out for a spin that night. Not many miles covered again though. This was fucking hard going, some of the deepest snow I've cycled through. Even with the Pugsley I was struggling to get though.
We headed back up the hill to Saltoun, the first bit was shite and slushy and I thought it was going to be a pish cycle, but only a few metres higher and the snow was getting deep and drifting. I got about three quarters of the way up the woods before I had so walk and push. If I was a bit fitter and stronger I could have maybe made the top but it was seriously hard going. If I stopped to catch my breath it was fucking hard to get going again, plus the bike had picked up loads of snow as had Gary's. It was tough going and cold but we still had a good laugh and finished the night off with a pint and a pie in the Winton. Fucking quality. 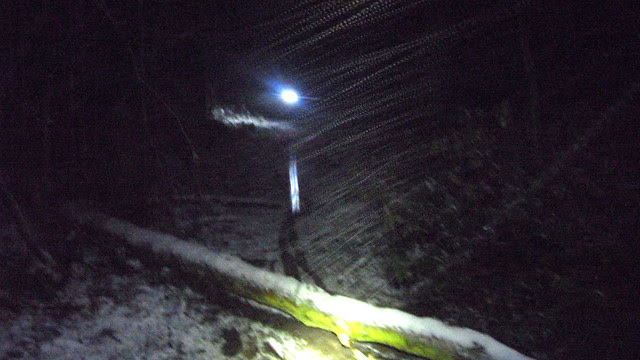 At the bottom of the woods. 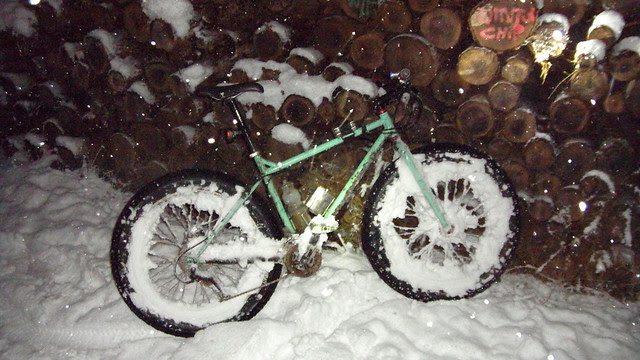 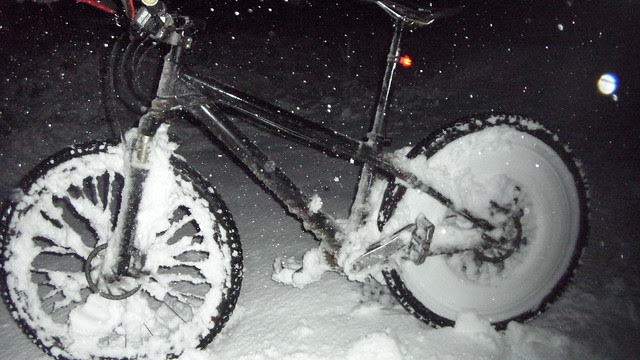 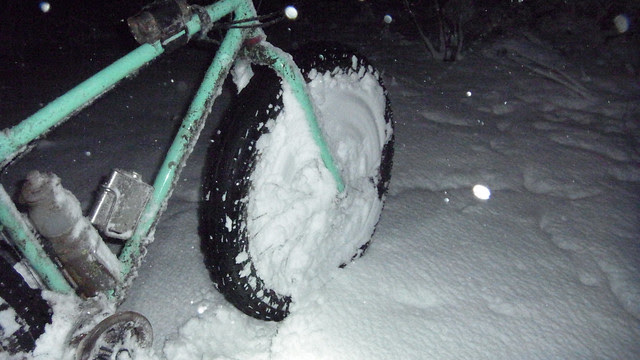 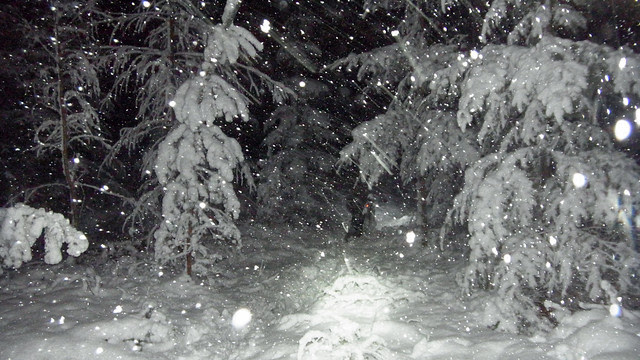 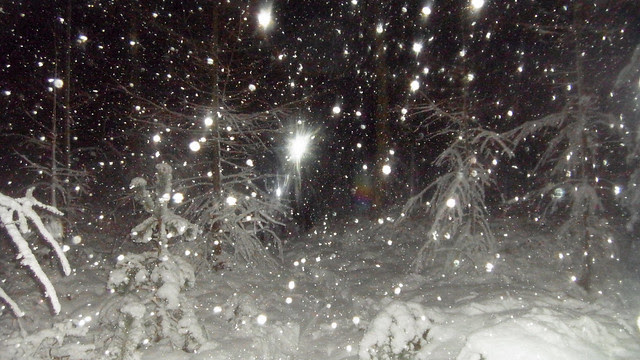 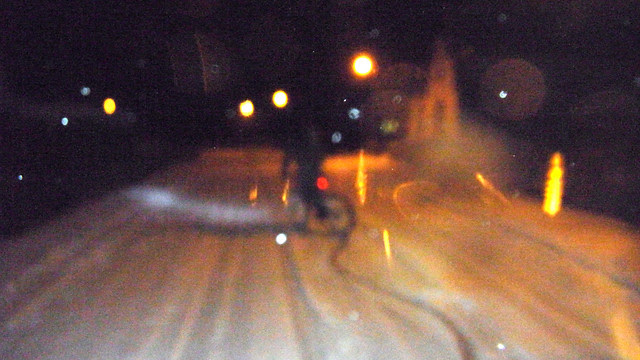