I've not been getting much biking in recently. Here in Scotland in winter time the roads are treated with salty grit to prevent frost and icey patches. This results in bikes being covered in a corrosive paste which leaves most bikes looking pretty fucked. So my GS remains hidden away till the frost fucks off and the salt is washed away by the rain. I'd love a second bike to use in the winter, a wee hack like an old XT600 or and SV650 or something but for now I'll just try and scrounge a shot of other bikes I can get my hands on.
The Massif have been planning this years trips and I have spent my bike free months looking at maps and stuff to find new places to visit up north. I've been speaking to a few friends of friends who ride bikes but have never been camping, so I've decided to write a wee guide/review of stuff I use for camping. Keep in mind that this is just the shit I use. I'll see if any of the Massif want to add their own reviews of their kit.

My BMW R1200GS Adventure. It's the fucking bollocks. It handles great, you can chuck it about in the corners, its fast enough to get you into trouble but still nice enough to pootle about and take in the scenery and its nimble enough to be fun on the singletrack roads. It's got a fucking huge fuel tank so there's not the daily hunt for fuel you need to do on some bikes. Loading it up with loads of gear and chucking someone on the back does little to unsettle it. The only down sides are its weight and its height. It's fine when its rolling, but drop the fucker and you might take out a small village and if you're a short arse you may struggle with the high seat. 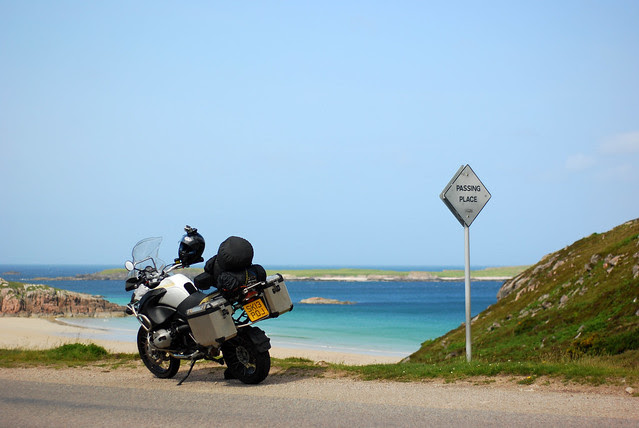 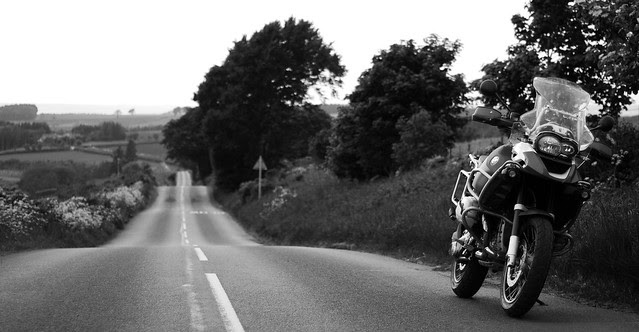 I use an old Vango Equinox 250. Everyone who I speak to who has never camped up north always assumes that it's the rain that will be your nemesis but its not. It's the wind that will fuck you up. The Equinox, like many other Vango tents has a "TBS system" which is a sort of bracing system to give tunnel tents much more strength windy conditions. A bunch of us were camping up at Scourie a few years ago when some lesser tents were blown completely flat by a strong wind. One tent was even ripped open, with a wee help from Ben. The Equinox 250 has enough room for two folk and a wee bit kit in the sleeping area and a large bell end (porch) for keeping other gear in. My tent has been well used and is a bit long in the tooth these days, so I might be on the lookout for a new one at some point. 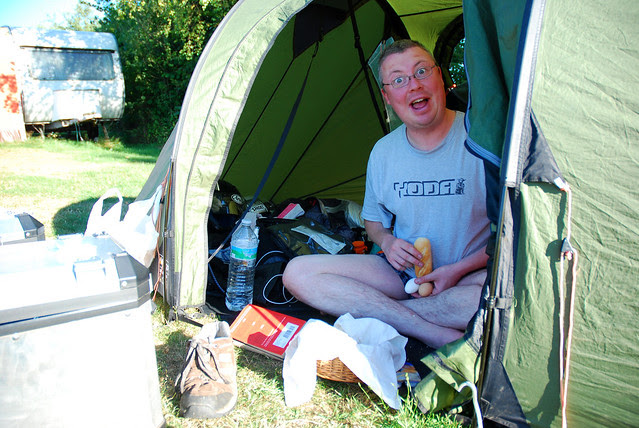 In the bell end. 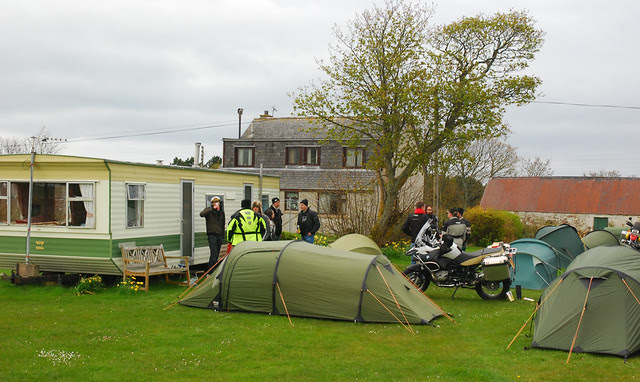 I sleep in a Nanook of Norway synthetic 5 season bag. I get loads of stick for it as it's so big, but it's warm as fuck. I have never once been cold in it. I sleep on a Thermarest, a self inflating mat similar to a Thermalite. It's nearly ten years old now so I'll hopefully upgrade than soon too.

There's a lot of shite written and spoke about stoves, here's my wee steaming pile. I used to have a Coleman 533 dual fuel stove which ran on petrol. It was a good piece of kit but along side my pots and pans it took up way too much space, so I sold it on the bay and got myself my stainless steel Swedish Army Trangia that runs on meths. The Trangia all fits inside itself so it's much more compact, and it's really basic. The temperature is regulated by partially covering the stove with a simmer ring. The Trangia won't fit in with the titanium spoke brigade due to its weight and it won't win any water boiling races, but it's a great piece of kit. I've used mine to cook chilli for 5 folk! 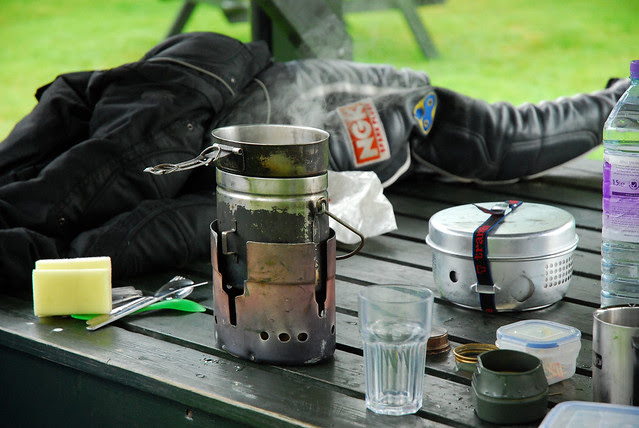