The Africa twin receives quite a lot of criticism for its suspension, especially from the heavier riders and people who regularly travel with a pillion or luggage. Hyperpro offer a spring upgrade for the Honda saying “The Hyperpro spring kits gives a much better ride by eliminating the excess sag from the standard set-up. This gives the bike a more balanced ride and more ground clearance. It is also more controllable under heavy braking, and better suited for two-up riding and/or luggage systems. This preferred spring kit raises the bike's ride height by 20mm and there is also a lowering spring kit available designed to lower the bike by 25mm compared to the original height. On top of this there is also a range of bespoke rear shock absorbers available to suit every rider and style.” 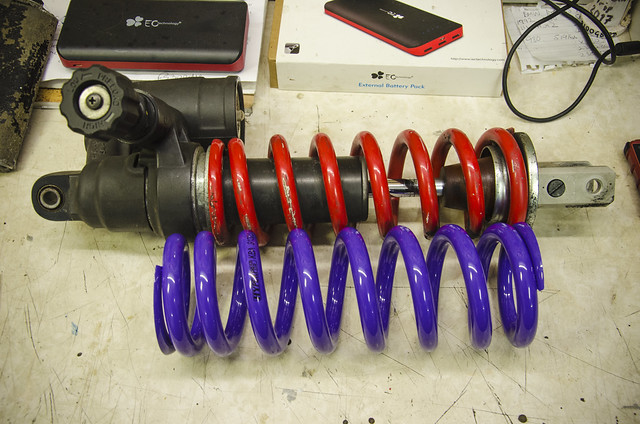 Being 6’4 and regularly travelling with a Pillion I was interested in the spring kit which raises the bike 20mm. When two up or with full luggage I was running the bike at the maximum adjustment available on the stock shock, and I was still finding the bike under sprung, especially on the bumpy roads in the Alps or here in Scotland.

The kit comes with the rear spring, two fork springs, fork oil and generic fitting instructions along with specific settings for the CRF1000. The springs are slightly longer than the stock items, but only my 5mm or so. Fitting the kit is relatively straight forwards but you will need access to a spring compressor for the rear shock, I didn’t have one so I removed the rear shock myself and the friendly staff at Motorrad Central swapped the springs over. Fitting the front springs is a bit more involving. If you haven’t done a similar job before I would recommend either getting a reliable mechanic to fit them for you or get someone who has to help you. Having a second pair of hands will make the job much easier. 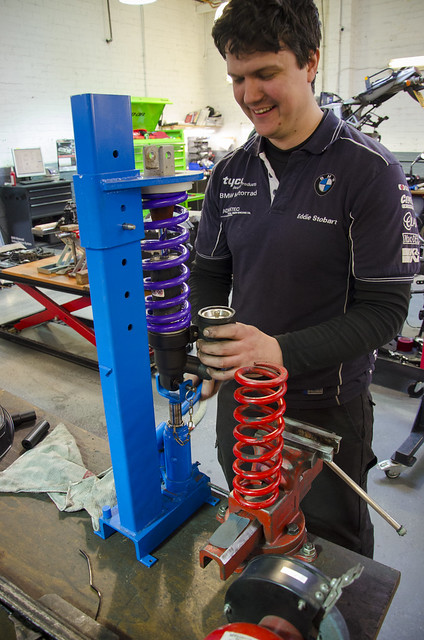 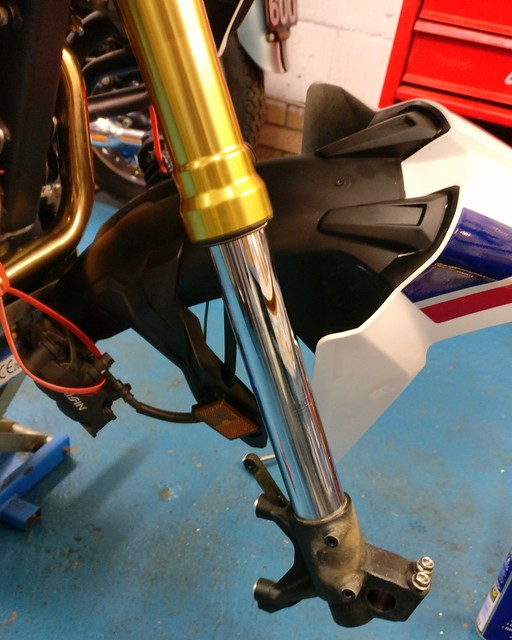 The “Beast from the East” dumped several feet of snow a few days after I fitted the Hyperpro springs so I have just recently been able to get out for a ride and try it out. Swinging a leg over the bike, you can immediately feel the difference, the bike sits noticeably higher and doesn’t sag anywhere near as much as it previously did. I’m running the Hyperpro recommended setting, so I’ve still got loads of adjustment to play with. On the road the ride feels slightly firmer, but not uncomfortable or harsh. Gone is the big dive under braking. The bike feels much tighter and more planted too, big bumps or undulations in the road which previously caused the bike to become a bit unsettled are handled with ease. A few days later, a longer run down to Samye Ling really let me feel the difference. I wouldn’t go as far to say the Hyperpro springs make it a totally different bike, but it really does inspire confidence, especially when pushing on along bumpy roads. 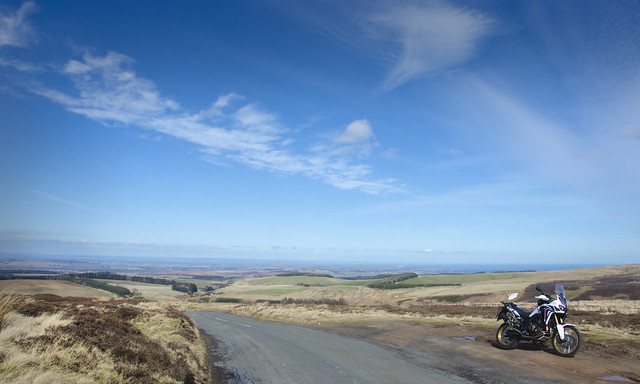 Where I noticed a real difference was when carrying a pillion. Carina (the missus) and I decided to go for a Sunday spin over the Lammermuir Hills to Dunbar for some fish and chips. I added a couple of clicks of preload and off we went. 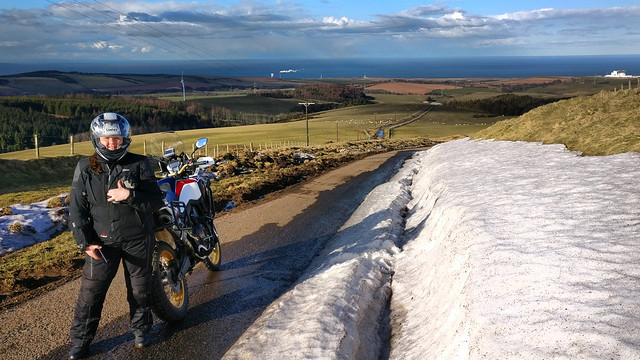 What a difference. The only thing I missed about the 1200GSA that the Africa Twin had replaced was the two up suspension performance. As I said, I’d been previously running the rear shock at max everything. With the Hyperpro rear spring a couple of extra preload clicks was all I’d done. Even pushing on or hitting the lumpy, rough single track roads of the Lammies didn’t push the bike out of shape and there’s still loads of adjustment to compensate for luggage and camping gear. Up the front the Hyperpro fork spring keep everything as it should be even under hard braking. For pillion use “a totally different bike” is a fair comment. Carina didn’t find the ride any more uncomfortable, she did comments that “it was a bit bouncy” of some of the lumpier roads, but that’s probably due to me taking said section of road at a speed that would previously had the bike bottoming out and us getting bounced off the seat.
For £230 for the rear spring and fork spring kit I can honestly say that the Hyperpro Spring kit is the best value for money upgrade you can make to your Africa Twin. Bring on the Alps!
Posted by Mike at 10:13 AM