Had plenty of bike related fun over the weekend. On Sunday I had Bob and Bennetts crashing on the couch after we had his birthday beers at our's the night before. After watching the Moto GP with some quality bacon and black pudding rolls Bob and I joined Ben for a spin down the Borders to visit Calvert. 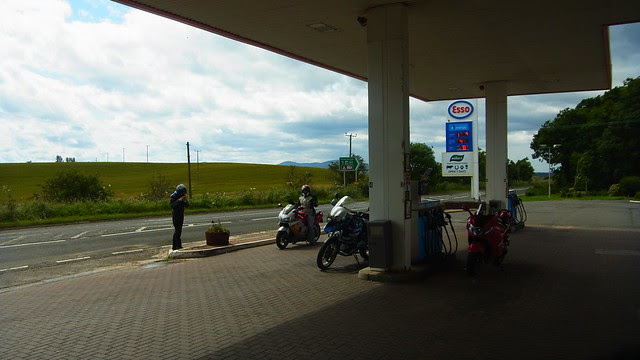 We left East Lothian and followed the classic down the A68 and back the A7 route stopping to fill up with petrol before hand. You can't really see it in the photograph but fuel around here is around £1.34 per litre. For my American readers that works out as around $9.50 a gallon. Fucking expensive eh? After being shafted at the petrol station we carried on to Calvert's for some coffee and a chat about an up and coming bike trip. 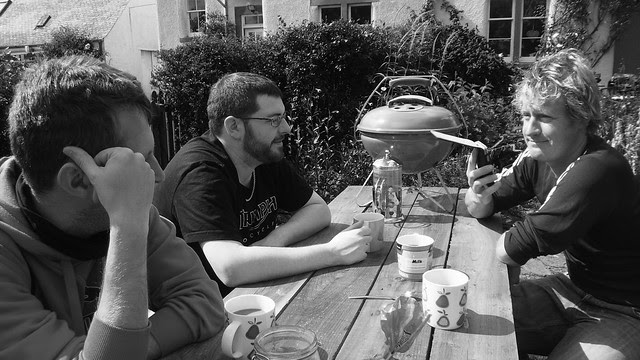 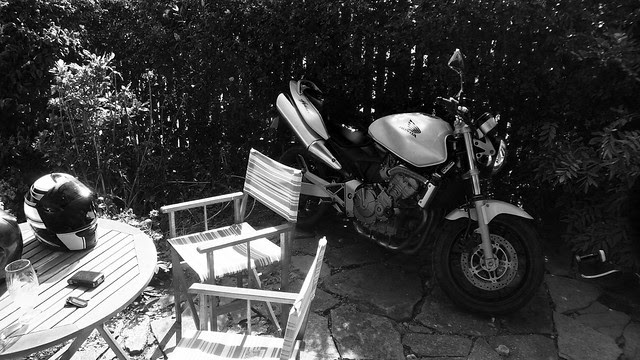 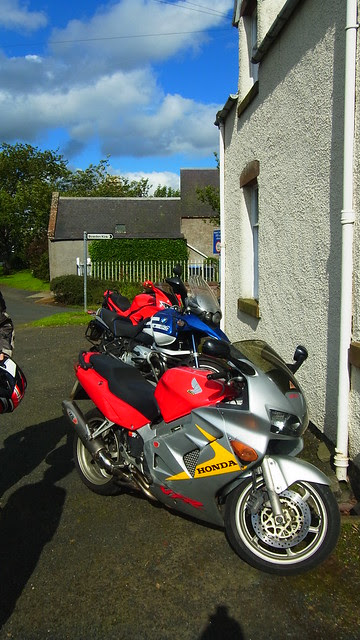 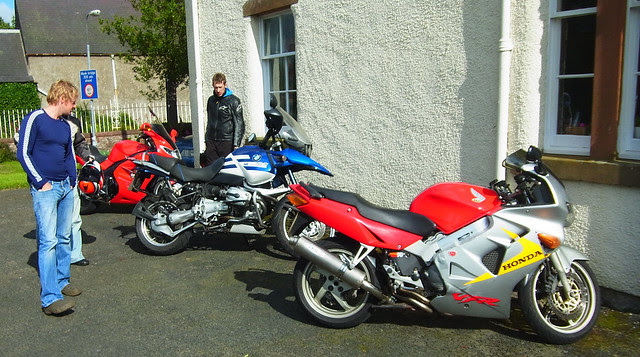 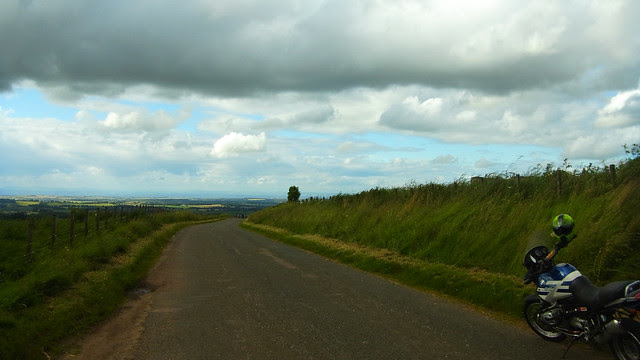 You can just see Ben and Bob waiting in the distance. They love it when I stop for photos all the time. 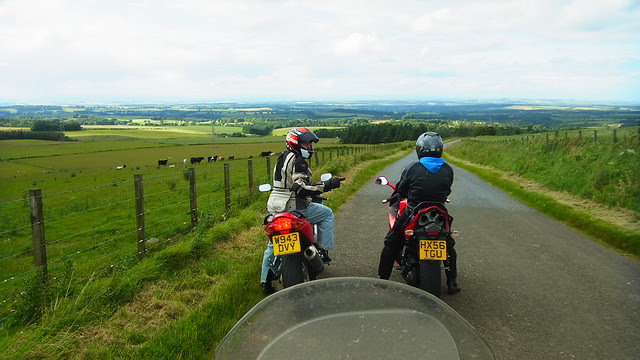 Satuday was a cycling up the Lammermuir hills with friends from the East Lothian Mountain Bike pussbook group. I've bought a basic GPS thingy from a work mate and it worked a treat for keeping us on the route I'd planned. The route I'd planned was slightly fucked and swampy but we all had good fun, stopping for pints and a poo at the Goblin Ha' in Gifford and having a few more beers in the Winton when we got back. 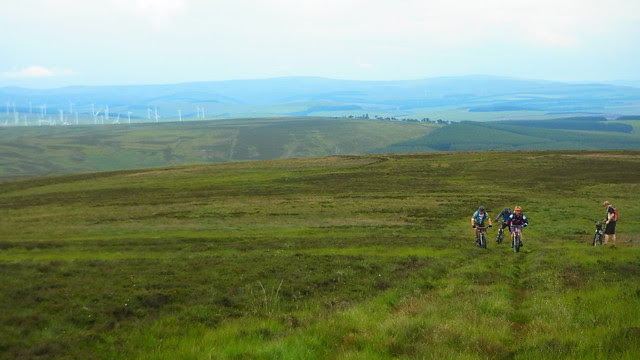 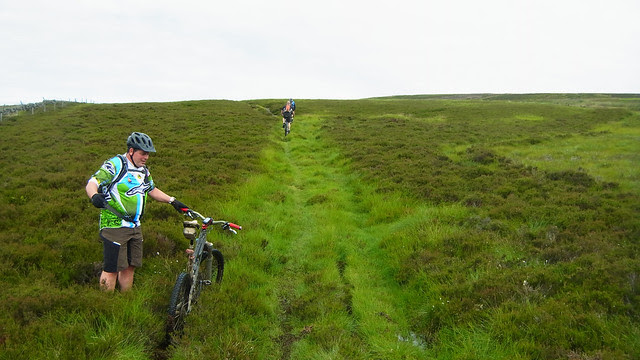 Rick in a rut. 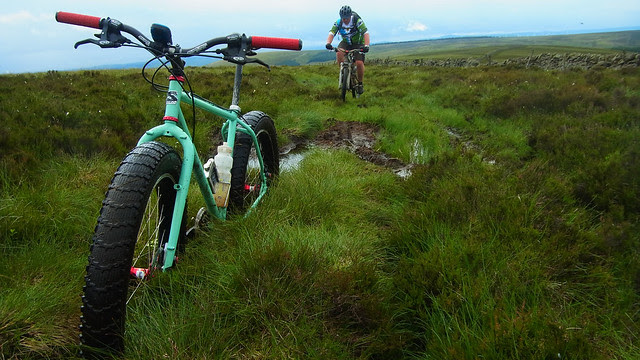 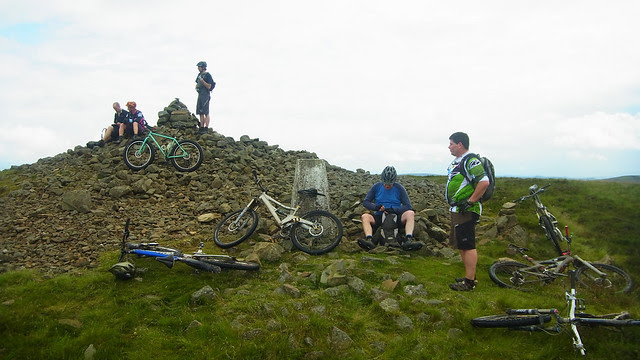 At the top of Lammerlaw 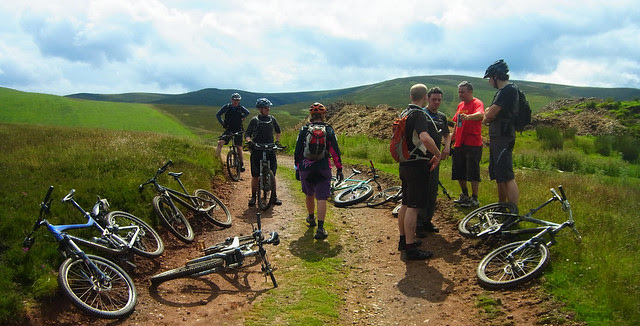 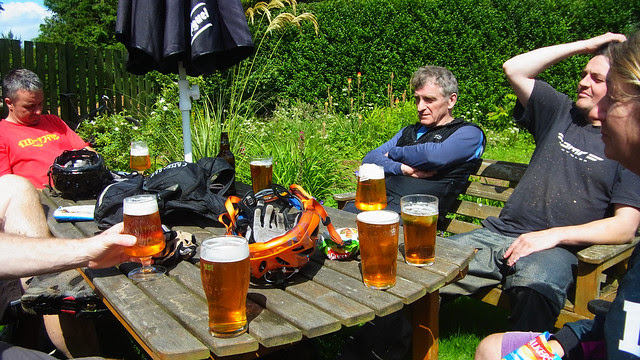 Beers at the Goblin.

I got out midweek for a solo spin on the Pugsley. Just my usual route along Gosford to the subs and back but it was still nice to get out later on for a sunset. I even tried my hand at some beach art. It turned pretty misty on the way home though!

I'm heading for the wee clump of rocks just of the headland.

Here's a wee video I done to try and show crossing Gosford bay. Its a bit shit though. 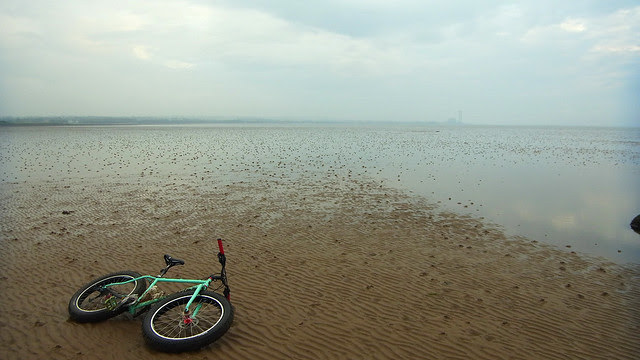 At the other side. 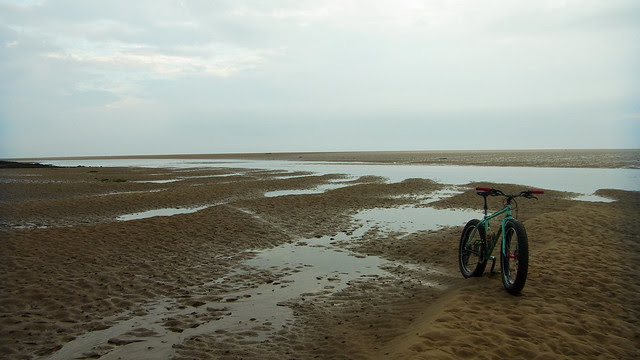 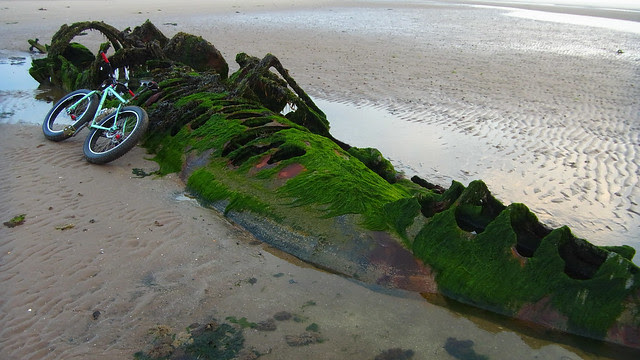 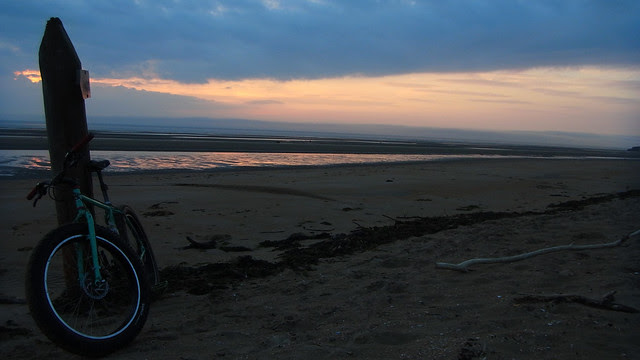 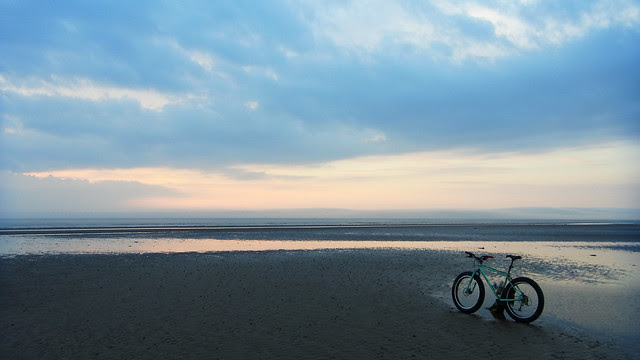 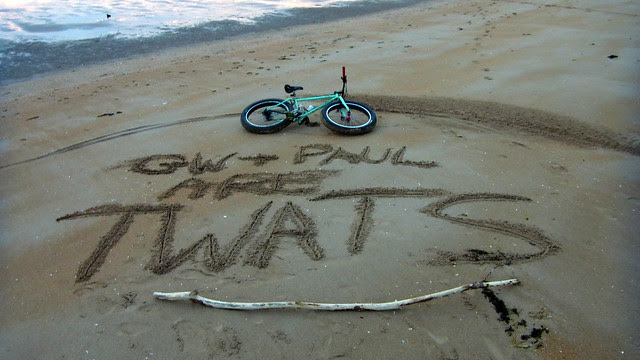 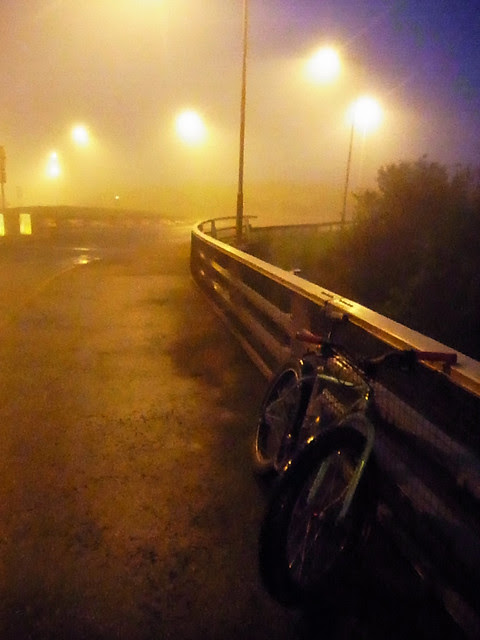