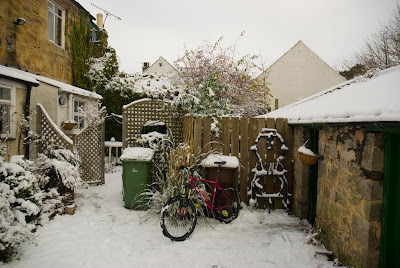 Its been snowing pretty heavily here for this time of year, apparently its been the worst November snow we've seen for the past 17 years with around 5cm lying outside my Mum and Dads while HB and myself were in there having a beer. In my half pissed state I immediately wanted to get out on the snow on some wheels. The GS isn't allowed out in winter, the C90 isn't prepared for it yet so that left the pushbike! So I went home and dragged it out to play in the snow at 1 in the morning, then stopped back it at my Folk's to finish my beer. My Ma wasn't very impressed by the big puddle of melted snow on the floor, I tell thee! 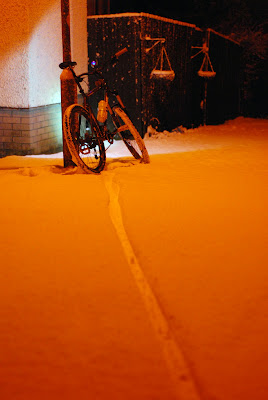 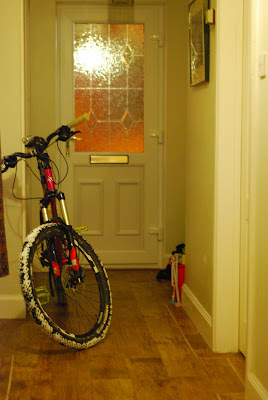 I had organised a wee pedal round the Lammermuirs with Euan, GHC and my Dad the next day, but due to the weather no one wanted to drive into the hills. (and it was getting late as GHC was possibly buying a new bike and Euan was buying fish) So we went for one of the regular local trails. 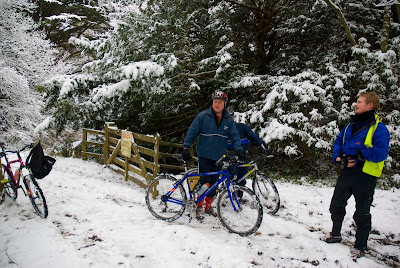 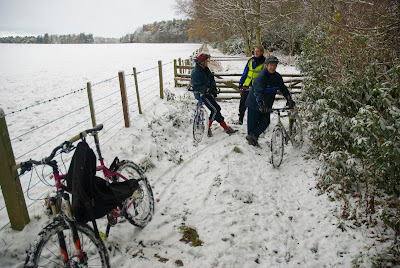 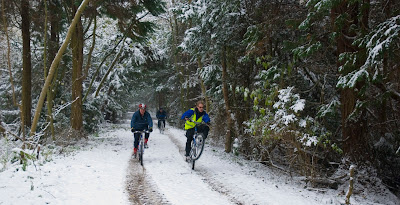 It was good going to start with but the weather soon closed in on us...... 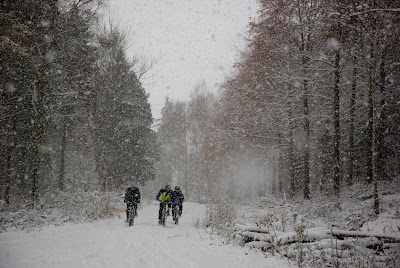 ...but fucked off again by the time we got to Saltoun woods. The light made everything look amazing and I kept stopping to take pictures every 5 seconds. I was also pretty amazed at the amount of grip I was getting in the snow. Over the past few weeks I have really been sliding around in the mud and toiling for traction, but on the snow it was all good. Sick!
We carried on and all was grand. Untill GHC had a bit of an off on a steep bit. I was watching everyone come down the hill while getting my camera out when I heard him sort of shout "HUP!"
That was his judo training. The "HUP!" was him getting ready to slam into the ground after flying over the bars. 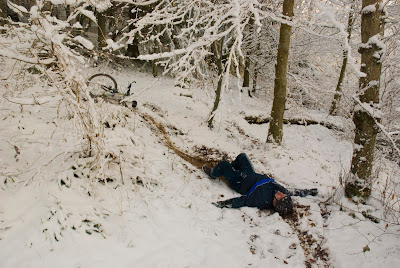 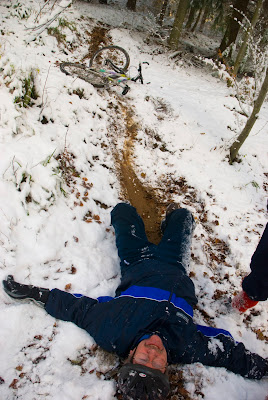 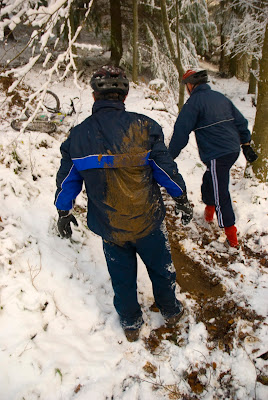 GHC went on to have two more crashes, none of them his fault though (I cant say more for legal reasons). Everyone enjoyed the snow rides and I'll definitely be up for a few more. 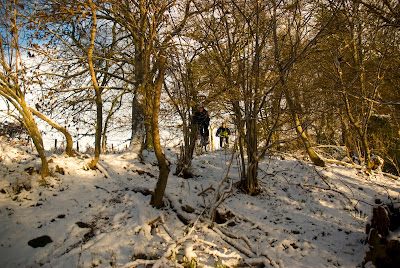 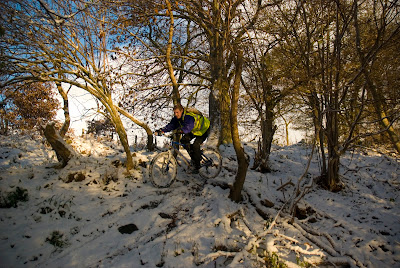 Glentress snow run anyone?
Posted by Mike at 3:23 AM