My mate Gav put a post up on his blog about an ancient Yew tree not to far from my house. I'd been meaning to go and check it out for ages so me and Faithir headed out on the pushbikes to find it. 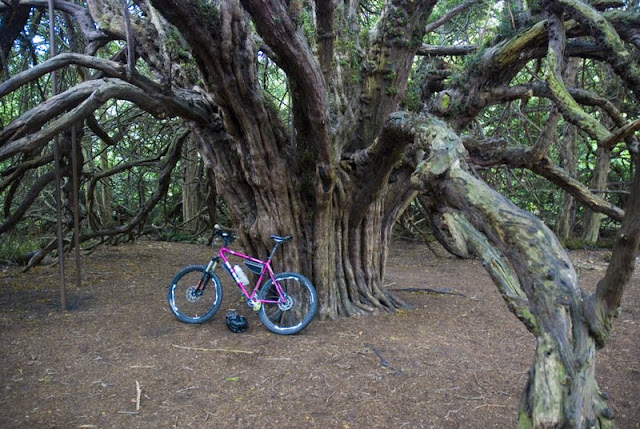 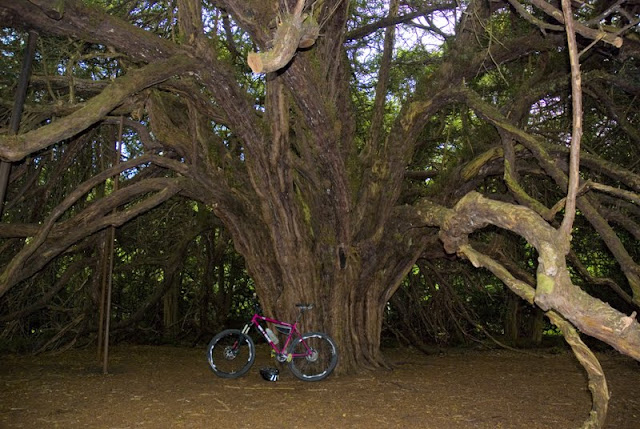 Its an impressive thing. The Yew is said to be 1000 years old.
Not quite as old is my mate Bruce. It was his 40th the other day, so HB and I headed down to his for a barbecue and plenty beer. Tom was there with his Pembleton, a three wheeled 2CV engined car. I took it for a wee spin before the beer started flowing, its a funny wee thing to drive and it sounds awesome! 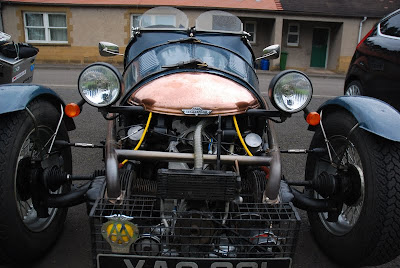 A good night was had by all. We used my drum barbecue to cook loads of awesome food. Bruce's neighbour Oney had some really nice game meat which went down a treat. We eventually went to bed at 5.30am. Aye, I was rough as fuck the next day.
Happy birthday Bruce! 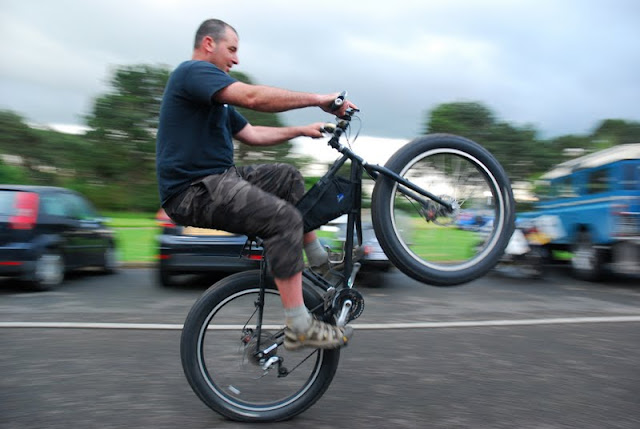